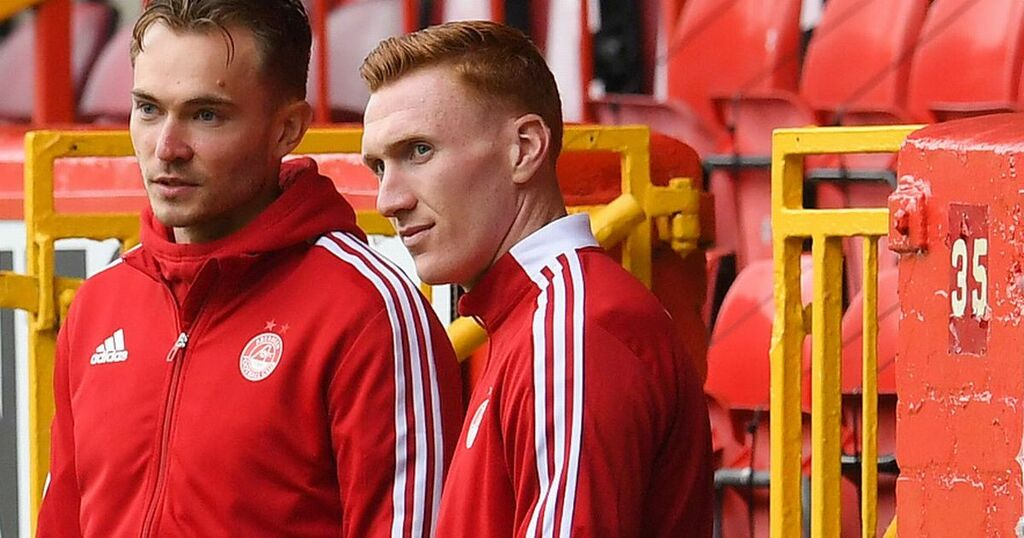 David Bates has insisted his 100 per cent focus is on Aberdeen because he knows if he does well there then the Scotland door will re-open for him.

Bates now wants to repay the faith that Stephen Glass has shown in him in his long-term pursuit to bring him from Hamburg.

He won four caps while out in Germany and he insisted that came about by doing well domestically and knows if he get hit the heights with the Dons then it should catch Steve Clarke ’s eye again.

Bates said: “First and foremost I have to get into the team and after that it’s about helping us win games.

“I want to concentrate on Aberdeen, do well at club level and things like Scotland can come after that.

“I was like that at Hamburg, I just concentrated on doing well in club football and the international call-ups came on the back of what I was doing.”

The ex- Rangers player had other options in Europe and in Scotland but admitted he was sold by Glass’s plans for Aberdeen.

The central defender claimed: “For me at this stage, I want to get settled and enjoy playing football every week.

“We have a good squad and you never know what can happen.

“I just want to kick on as a player and I can do that here.

“Speaking to the gaffer, hearing how he wants to play - then this is the best place for me.”

Bates went out to Germany and made an instant impact under Hamburg coach Christian Titz but then got injured.

By that time Hannes Wolf had replaced him in the hot seat and preferred other defensive options.

Bates then had loan spells at Sheffield Wednesday and at Cercle Brugge and is in no doubt he returns a much better player than the one who departed these shores.

Bates explained: “I went over there and it was a big change in style.

“Technically, I’ve improved a lot I would say and I can read the game better.

“I’ve always said I was a good defender when I was in Scotland, so I always wanted to improve my style on the ball.

“I went over there and learnt a lot. I learned to play, learned to step in with the ball.

“The first year was great. I enjoyed it. It was obviously disappointing that we never got promoted. I played most games, but that’s football, it happens. There was a lot of change at the club.

“After that happened, almost everyone got cleared out. The new regime came in, I was injured in pre-season and things didn’t go to plan that way.

“So, yeah, the first year was great but after that I’ve not been there.”

The German mentality has also made him stronger both physically and mentally.

Bates insisted: “It’s very professional over there. They’re strict with training plans and don’t have many days off. It can be long training sessions. You need to be at 100 per cent in training, there’s no getting away from it. You’ll be digged out by the coach if you’re not at it.

“The German mentality is intense, you can’t get away with not being at it in training.

“You don’t get away with being seventy percent and just getting through it.

“There’s no chance if you’re like that, you’ll get hung out to dry.

“You have to give it one hundred percent in every session.

“When I went to Belgium I was told that it was of the best leagues outwith the top five or six, with some big clubs like Anderlecht and Brugges.”