David Baddiel: The book that changed me? John Berger’s Ways of Seeing 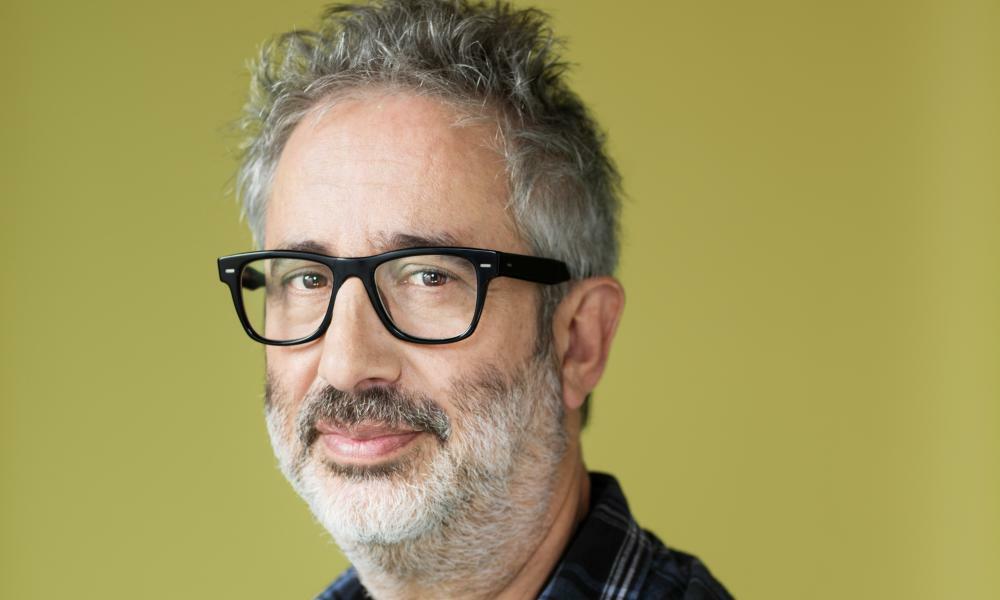 My earliest reading memory
My mum reading me Ladybird books, in Dollis Hill, north-west London, in 1971. Reading for myself began with comics, mainly the Beano, Whizzer and Chips, and in our house, The Broons and Oor Wullie, not because we’re Scottish but because my mum collected kids’ books and annuals from everywhere.

My favourite book growing up
The Billy Bunter books. This is again to do with my mum being a collector, as they were written in the 1920s and 30s, and so out of date, even in the 70s, but she foisted them on me. And from the perspective of Dollis Hill in 1973, the crumpet-toasting adventures at Greyfriars School felt exciting. I became a fan and joined a Frank Richards appreciation society, The Old Boys’ Book Club, where I was 11 and everyone else was 80. I imagine if I returned to these books now they’d be a hive of racism, classism and body fascism, so I won’t.

The book that changed me as a teenager
Ways of Seeing by John Berger, at 18. It introduced me to the idea that what we assume to be natural is often ideological. In the book, this is primarily about art(particularly how images of women in art are utterly encoded with the male gaze) but I took from it an understanding that nearly everything we create, indeed think, has an underlying unconscious ideological component.

The writer who changed my mind
John Updike. Again when I was 18, I read it without realising it was part of a sequence of books, Rabbit Is Rich. It converted me to the idea that, as Updike puts it, the job of art is to give the mundane its beautiful due – that if you are a good enough writer, your prose can make everything, even the most microscopic and ordinary things in life, rich and strange.

The book I came back to
I’m presently reading, or rather listening to, The Wings of the Dove by Henry James. I read a fair amount of James, particularly when I was doing a PhD in Victorian literature and sexuality, but although I found him interesting, I also found him soulless and convoluted. Now it’s clear to me that James was inventing psychological modernity in the novel. And to do that he’s prepared to go sentence after sentence refining complexities of mood and thought and expression. It’s hard but kind of thrilling.

The book I reread
George Eliot’s Middlemarch. I read it in my 20s and thought: meh. Now, in my late 50s, I think – unoriginally – it is indeed the greatest novel written in English. I can hear all of Eliot’s yearning and pain and nuance about time and tide and marriage and compromise and the pressure of the social order. It has passages of intense beauty, and also – in a way she never quite managed elsewhere – the most satisfying and elegant structure of all great books.

The book I could never read again
I imagine I wouldn’t like the Whizzer and Chips Annual quite as much as I did back then.

The book I am currently reading
I do have, in actual book form, waiting for me The Every by Dave Eggers. I very much liked The Circle, which I thought was ahead of the game about what the internet is doing to us, so I’m keen to read the sequel, if my eyes allow me.

My comfort read
I’m writing a book about atheism and have ordered a text of the Barcelona Disputation of 1263, which was a debate between a rabbi and a friar organised by King James of Aragon about who’s right: Jews or Christians? Only one way to find out: The Inquisition, as it turns out. No doubt that’ll be lovely to cosy up to in front of the fire.

• (The Boy Who Got) Accidentally Famous by David Baddiel is published by HarperCollins. To support The Guardian and Observer, order your copy at guardianbookshop.com. Delivery charges may apply.