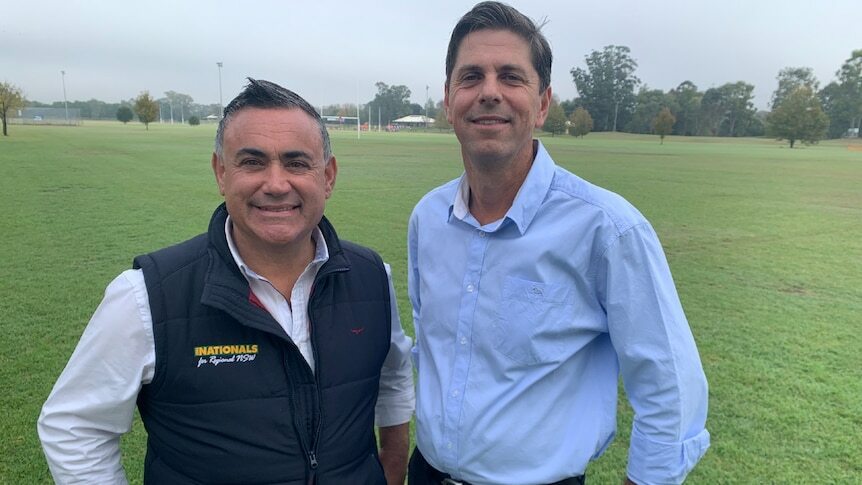 Upper Hunter MP Dave Layzell is urging the NSW crisis cabinet to let "frustrated" residents in the region out of lockdown this week.

"The date for removing lockdown restrictions should be 12.01am, Saturday 18th September," the Nationals MP said.

Two of today's 14 new COVID-19 cases in the Hunter region are from Singleton but Mr Layzell said that "shouldn't stop the momentum".

"We need to look at those two cases and see what the circumstances are.

"If they're infectious in the community, then the health authorities will not feel comfortable with releasing Singleton from lockdown.

Mr Layzell said there needed to be a "common-sense approach" to easing lockdowns.

"No one wants to put the community at risk."

Hunter New England Health said 10 of the 14 new cases were linked but half were infectious in the community.

Seven new cases were confirmed in the Newcastle LGA, three in the Lake Macquarie region, two in Singleton and one each in the Maitland and Port Stephens LGAs.

There are 174 active cases in the Hunter and 10 patients remain in hospital.

Before today's cases, one was announced last Wednesday at Dungog, two people were in isolation in Gundy in the Upper Hunter and one case at Singleton was announced on Friday. None of the previous cases have led to further infections.

No COVID-19 cases have been recorded in Muswellbrook Shire residents during this outbreak.

"We still have concerns about Maitland, Port Stephens, Cessnock and Newcastle but ... what we've seen over this time is that we've managed it well [in the Upper Hunter], any exposures or cases have been very small," Mr Layzell said.

The NSW crisis cabinet meets tomorrow, and Mr Layzell is hoping for an announcement on the lockdown on Thursday.

One Liberal MP is calling on the Premier to rethink the LGA approach to lockdowns and consider easing restrictions by suburb.

"Case numbers need to be presented and inform public health advice by suburbs so that communities can understand the risk of transmission in their local communities," Member for Seven Hills Mark Taylor wrote.

"I am concerned the blunt use of LGAs or multi-suburb postcodes may lead to blanket restrictions that could have significant effect should outbreaks occur after the 70 per cent double vaccination easing of restrictions."