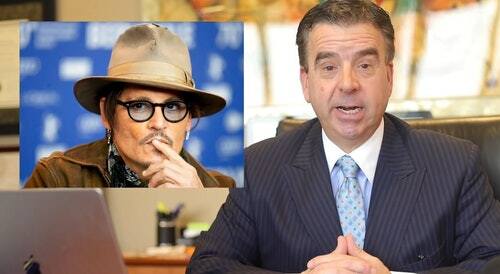 YouTube lawyers are getting famous covering the Johnny Depp–Amber Heard trial
The legal commentators say they’re having fun — and making a tidy profit.

Input
Read news from The Economist, FT, Bloomberg and more, with one subscription
Learn More
93 statewide measures certified (so far)
Welcome to the Monday, May 16, Brew.

Two tuskers - from Mendoza Zoo in the Argentine province of Mendoza, Pocha and Guillermina - travel to their new…

The Conversation
From analysis to good news, read the world’s best news in one place
Bargain Price: Titian Masterpiece Snapped Up For 83 Dollars Now Sold For Nearly 5 Million
A painting by famous Renaissance artist Titian once traded for just less than 80 dollars in London over 100 years…

Zenger
Ukraine's Eurovision win shows us that despite arguments to the contrary, the contest has always been political

At a secret comedy show in Los Angeles last night (5 May), Dave Chappelle shared more details about his experience of being attacked on stage earlier this week.

Chappelle, 48, was performing at the Hollywood Bowl on Tuesday night (3 May) as part of the Netflix is a Joke festival when a man rushed on to the stage and attacked him, carrying a replica handgun fitted with an ejecting knife blade.

Immediately after the altercation, the attacker – since identified as 23-year-old Isaiah Lee – was detained by security and removed from the scene. Watch footage of the attack here.

Chappelle yesterday revealed, at a stand-up set at the Comedy Store, that he convinced the Los Angeles police to allow him to enter the room where Lee was being held. “I needed to talk to him,” Chappelle said.

The comedian said that he asked Lee what provoked his attack, after which Lee – who Chappelle said appeared to him to be mentally ill – told him a story about his grandmother from Brooklyn, who had been forced to leave her neighbourhood because of gentrification.

Chappelle said that, as far as he understood it, the attack was meant to draw attention to her hardship.

Chappelle also described a touching moment he shared with his son in the moments after the attack, who hugged him and told him: “Dad, I love you.”

Thursday’s performance was attended by celebrities such as Kim Kardashian, Sean “Diddy” Combs, rapper Yasiin Bey and comedian Jeff Ross. Chris Rock, who was slapped on stage by Will Smith at the Oscars in March, joined Chappelle on stage.

Dave ChappelleIsaiah Lee
Sign up to read this article