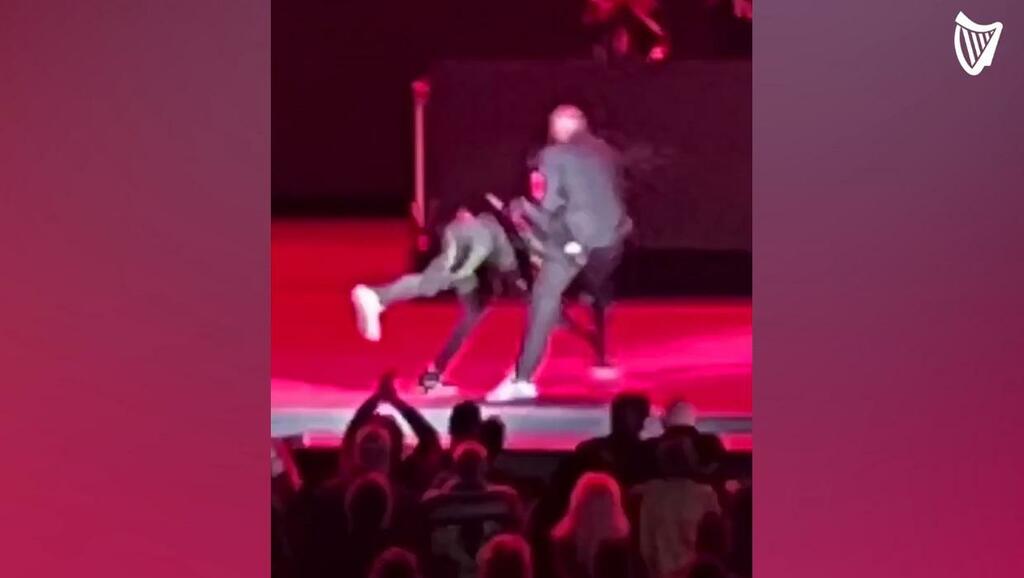 Dave Chappelle and Chris Rock reportedly discussed their onstage assaults during a secret performance at a Los Angeles comedy club.

Asharq Al-Awsat
Get all your news in one place
Latest Entertainment news:

Inverse
Read news from The Economist, FT, Bloomberg and more, with one subscription
Learn More
The Trailer For Disney+’s She-Hulk Will Defs Be The Most Ridiculous 90 Seconds Of Your Day

And we love to see it.

Dave Chappelle's alleged attacker is said to have pleaded not guilty to misdemeanor charges in court today, following an incident earlier this week at a comedy show in California.

The comedian, 48, was allegedly attacked whilst on stage at the Hollywood Bowl in Los Angeles on Tuesday night, with a member of the audience seen coming onto the stage.

It was later claimed that the individual, named as Isaiah Lee, 23, had approached the comedian with a weapon, with a Chappelle said to have been "tackled" but left unharmed.

It was reported this week that Lee had been arrested following the alleged attack, with him said to have now been in court over misdemeanor charges filed against him.

According to the Daily Mail, Lee appeared in court today and pleaded not guilty to misdemeanor charges, including 'battery' and 'possession of a weapon with intent to assault'.

He's said to also be charged with 'unauthorized access to the stage area during a performance' and 'commission of an act that delays the event or interferes with the performer'.

The outlet said he's been ordered to stay at least 100 yards away from Chapelle, any venue where he's performing and from his residence, as well as from the Hollywood Bowl.

The Daily Mail reports that Lee went on stage with a knife that was hidden inside a replica gun. His attorney however reportedly said the man didn't brandish the concealed weapon at any time when he stormed the stage.

Lee's court appearance comes after Chappelle reportedly claimed that they had spoken to each other in the aftermath of the alleged attack on Tuesday evening.

According to TMZ, the comedian said that he convinced the Los Angeles Police Department (LAPD) on Tuesday night to let him speak to Lee before he was taken away.

Chappelle is quoted as having said he "needed to talk" to Lee to find out why he had been attacked. He's said to have made the comment at the Comedy Store last night.

TMZ reports: "[He] says Lee told him this was all about getting attention for his grandmother, who he said had been forced out of her neighborhood because of gentrification."

It further reports that Chappelle said recently that he had been "smacked by a homeless guy," with him understood to have joked about it with fellow comic Chris Rock, 57.

The outlet states that the case had initially been with the L.A County District Attorney, though said it had since been passed to the City Attorney, who is Mike Feuer.

A press release on a website for the L.A. City Attorney stated the four charges filed against Lee earlier this week, with it including a video statement by Feuer.

The video, posted on the website, sees Feuer discuss the case involving Chappelle, with him heard commenting that "this alleged attack has got to have consequences."

The Mirror reached out to a rep of Chappelle for comment. The LAPD and the L.A. City Attorney were also approached.

The Daily Mail reports that Lee is due back in court for a pretrial hearing on May 20.

Dave Chappelle and Chris Rock reportedly discussed their onstage assaults during a secret performance at a Los Angeles comedy club.