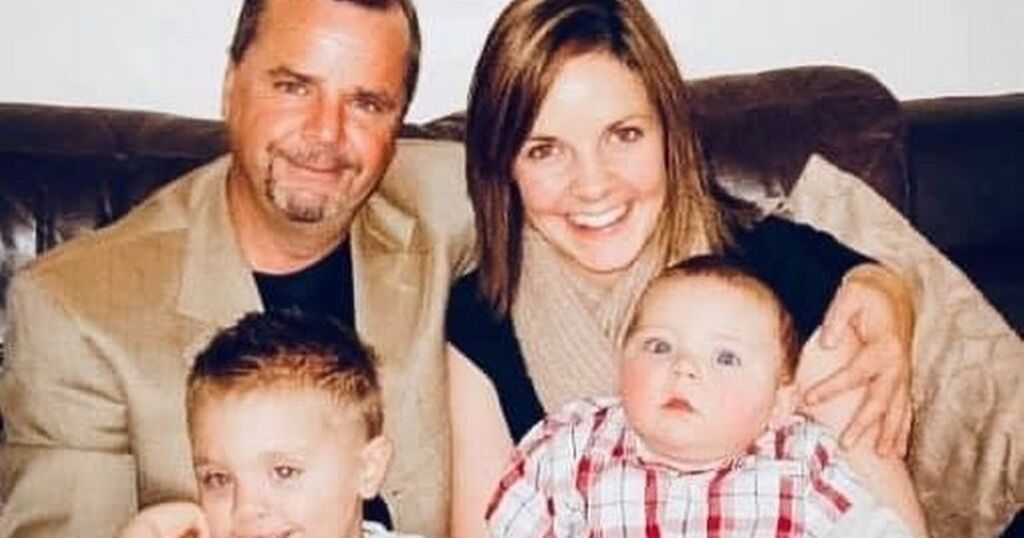 A woman’s life has been turned “upside down” after her beloved dad died from Covid-19 complications which sent his body into “multiple organ failure”.

Chris Giddings, who is described by his daughter as hardworking and funny, caught Covid-19 at his Las Vegas home and within days was left fighting for his life, battling pneumonia as a result of the virus, Cornwall Live reports.

His daughter, Natalie Johnson, who lives in Helston, Cornwall, was trying desperately to raise money so that she could travel to the US to be with him.

But she sadly confirmed the news on Saturday that he had passed away before she had the chance.

The 61-year-old was admitted to hospital after suffering "flu like symptoms" for several days, which left him struggling to breathe.

Do you have a story you think we should cover? Get in touch at webnews@mirror.co.uk

He was diagnosed with Covid-pneumonia, shortly after, with his daughter describing how things rapidly deteriorated.

Natalie Johnson shared how, just two weeks prior, her father had been "fighting fit", "full of life" and had always looked after his health. She said her family's "world has been turned upside down" as a result of the tragedy.

In the final days of his battle, Natalie had shared how she was doing everything she could to get out there to "help pull him through" his Covid battle, but was struggling due to funds and acquiring the necessary visas.

She said: "Until someone officially tells me no - I’ll move mountains to get there."

Prior to his death her father was hopeful that soon she would finally be united with his other daughter, Amanda, who grew up in America, with the pair never having met.

"Prior to last week, he was a fit, healthy 61-year-old man. After having flu like symptoms for a few days, he took himself into the UMC hospital in Las Vegas on Monday, 6 September, as he was struggling to breathe. He got diagnosed with Covid-pneumonia.

"Within three days his health deteriorated, he experienced major organ failure and they were speaking to us about taking him into surgery to amputate his legs from the waist down, due to severe blood clotting. I started the fundraiser to help me get an emergency visa and flight out to Las Vegas so I could support him with his rehabilitation. Sadly, I never made it in time."

She continued to say that amongst the chaos and upset there have been "blessings that have helped offer some comfort".

"I didn’t know my dad growing up. We reconnected through Facebook about 15 years ago and since then, we found a way to build on our relationship as father and daughter," she said. "My dad also had another daughter, Amanda, who was born and grew up in the US. He’d always wanted us to meet, but with the distance and just life getting in the way, it never happened.

"When Amanda heard the news, she got a last-minute flight from Ohio to Las Vegas, although she is four months pregnant, to make sure he wasn’t alone. As it was a Covid ward, only direct family were allowed.

"Thankfully, she was able to connect with me via social media, so we could both sit with him in hospital in his final hours. He passed away peacefully knowing his wish had come true, that Amanda and I had united.

"Everything this man did was done in style and from the heart. He hung in there until 3.33pm, which in a strange way felt like a final comforting message, as my sister told me the number three symbolises birth, life and death. With my sister being four months pregnant, we both felt the chills from this.

"With Covid restrictions, this past week has been beyond challenging. My dad was a wise man, who was renowned for telling the most amazing stories and bringing joy to peoples lives.

"As we move forward, we will ensure we honour and pay tribute to him and celebrate the positive impact he made, as well as carrying on his legacy of dreaming big, loving hard and spreading joy."

Once Covid restrictions ease the two sisters plan to meet in person for a celebration of Chris' life, but for now family and friends will be forced to pay tribute to his life separately, both stateside and in the UK.

She continued: "We’ve been told we need a currency equivalent of £6,500 to ensure we can lay him to rest in peace and deal with everything that comes with it over in the US."

Sharing an update to the fundraiser page this weekend, she posted: "His final wishes were granted before he passed, as he reunited family members, so we can work together to carry on his legacy of dreaming big, loving hard and sharing beautiful stories.

"Distance and Covid still separate many of us, but ALL donations will be used to pay tribute to this wonderful man.

"There are no goodbyes for us. Wherever he is, he will always be in our hearts. God bless his soul."

You can view the fundraiser here.