By The Hindu Data Team 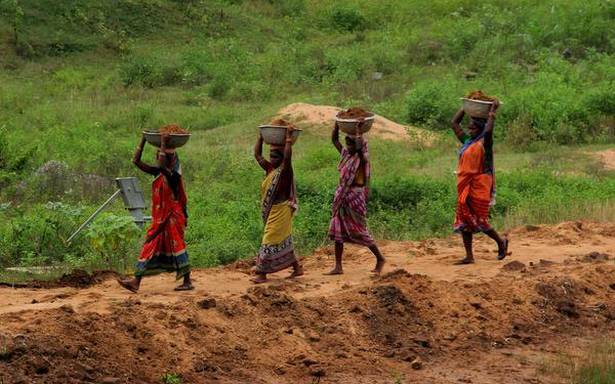 In India, 8.5 million (mn) new jobs were gained in September 2021, increasing the total employment to 406.2 mn from 397.8 mn in August, according to CMIE’s Consumer Pyramids Household Survey. The total employment in September was the highest since March 2020, when national lockdown came into force. In September, most of the jobs added were in rural India. The construction and manufacturing sectors accounted for the bulk of these jobs in rural regions. However, jobs in both these sectors decreased in urban areas. There was a significant improvement in the quality of employment as salaried jobs increased in both rural and urban regions.

The graph shows the number of employed persons at the end of every month across four years. Due to the second COVID-19 wave, the total employment in April and May was much lower than the usual levels. Since then, it has steadily risen and is nearing pre-lockdown levels.

As many as 6.5 million jobs of the 8.5 million added in September 2021 came from the rural regions. Around 2 million jobs were added in urban regions. Rural India accounted for 69% of the jobs in the month.

Job gains in the rural regions in September were driven by the construction and manufacturing sectors. As many as 7.5 million and 4.7 million jobs were added in both sectors, respectively. Interestingly, employment in these sectors fell in the urban regions. On the other hand, the service sector shed workers in the rural areas but added workers in urban regions.

Another positive aspect of the rise in employment in September was the increase in salaried jobs in rural and urban regions. Such jobs were at their highest level in 20 months in the rural areas and the highest in nearly two years in urban regions.