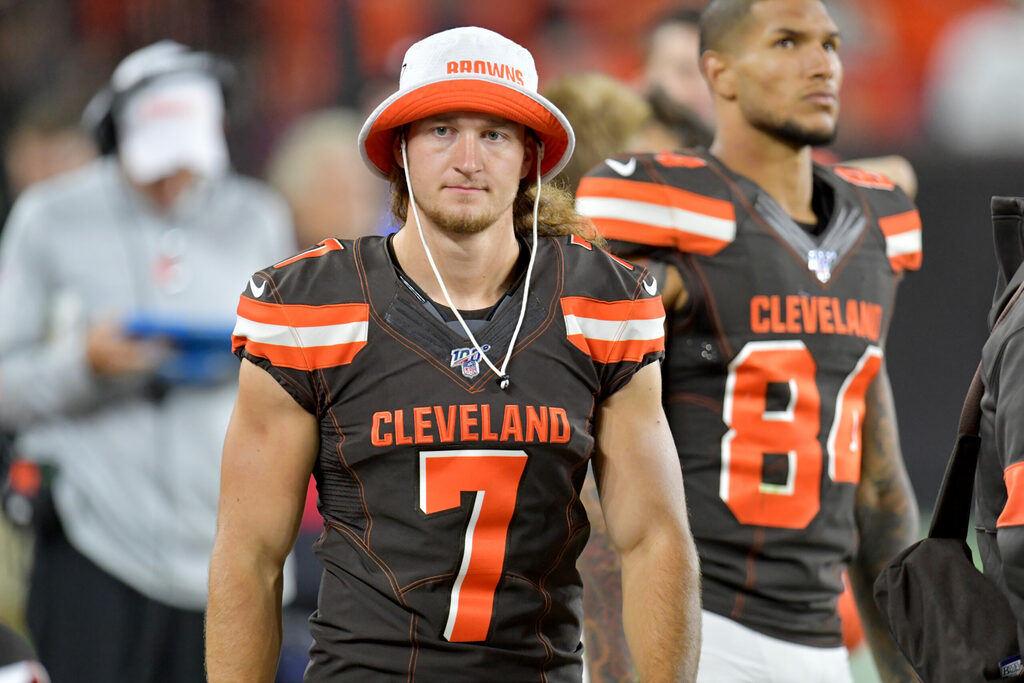 The Cleveland Browns have some issues to get figured out. Injuries are the primary concern at this point with many starters missing or leaving Sunday’s Week 5 loss to the Los Angeles Chargers.

Being down to your fourth and fifth corners, your fourth and fifth offensive tackles and your third and fourth defensive ends could be a problem for any team. Hopefully all the test results come back in a good way for the team and players like Greg Newsome II, Jarvis Landry, Jedrick Wills and others can return sooner than later.

Another problem that may need to be addressed sooner than later is punter Jamie Gillan. Gillan’s gaff in Week 1 was costly for the team but his overall punting this season has left a lot on the field. He continues to struggle to get distance on punts that need it while struggling to land punts softly to allow them to be downed on the shorter ones.

A new data graph, which looks at EPA (Expected Points Added) for punters, shows how poor Gillan is punting compared to the rest of the league:

there's a new #1 in town 👀🦵 for the first time in his career (I think) #RaiderNation 's own AJ Cole III takes the top spot in punter EPA pic.twitter.com/FyZ62ueYHv

It will be interesting to see if Andrew Berry brings in punters to workout for the team this week in an attempt to replace Gillan after over a year of poor production from the position.