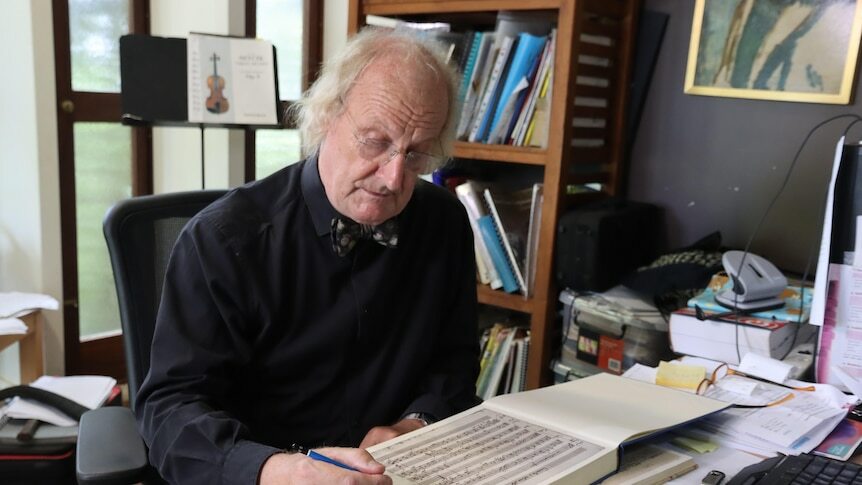 A Darwin academic says he has found evidence that suggests one of the greatest composers of all time claimed credit for some of his older sister's work.

The controversial findings could raise questions about the true repertoire of Wolfgang Amadeus Mozart more than 230 years after his death.

Despite the potential backlash, retired Charles Darwin University professor Martin Jarvis is standing by his hypothesis.

Since 2007, the former conductor has been forensically studying Mozart violin concertos after he noticed a difference in handwriting on some of the original manuscripts.

"Initially I thought, well, there's nothing here, but then I noticed something very strange," he said.

"Of the five violin concertos, three of them were composed by a person called Wolfgang Amadeus Mozart, and two of them — in a different handwriting — were composed apparently by Amadeus Wolfgang Mozart."

Professor Jarvis, who founded the Darwin Symphony Orchestra, said his research had led him to believe the signature 'Amadeus Wolfgang Mozart' had been written by Mozart's older sister, nicknamed Nannerl.

"We know that she composed because even in some of [his] letters, Mozart compliments her on her music," he said.

It's not the first time Professor Jarvis has taken aim at a musical icon.

"We know that various composers, including Bach, copied other people's music and then put their name on it."

Plays, films and musical history professors have also explored the idea that Mozart had a secret, talented sister.

Dr Scott Davie, a concert pianist and music lecturer at the Australian National University, said there was "clear evidence" that Nannerl wrote down some of Mozart's compositions for him when he was a young child.

He also said he wouldn't be surprised if Nannerl chose to have her work published under her brother's name because at that time, "women were not supposed to be composers".

However, Dr Davie watered down suggestions that Mozart intentionally took credit for his sister's work.

Professor Jarvis said it was possible Nannerl decided it was more worthwhile supporting her brother's music career rather than trying to build her own.

"She may well have, with her sister-in-law, pushed herself out of the picture because of the value of the manuscripts if they were thought to be by her brother," he said.