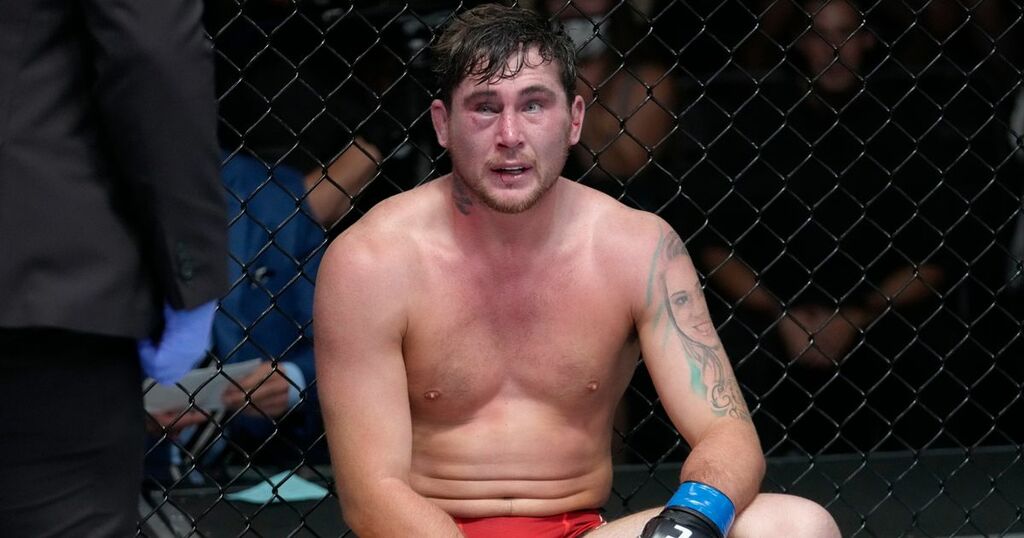 Darren Till suffered a torn ACL just ten weeks before his fight with Derek Brunson at UFC Vegas 36 this past weekend.

Till suffered his second consecutive defeat as he was submitted by Brunson in the third round. The loss is Till's fourth of his last five fights.

After the fight, the Liverpudlian shared an inspirational picture of Michael Bisping and Charles Oliveira, two fighters who went through ups and downs before becoming UFC champions.

And Bisping revealed during BT Sport's breakdown of the fight that Till suffered a major knee injury in June whilst preparing for the fight.

He said: “I went backstage to see Darren after the fight. He was very disappointed, of course. But he was a man. He was holding it together. But he was frustrated, and understandably so.

"But I spent about 30 minutes with him in the bathroom and Colin Heron [Till's coach], just talking to him and giving him some advice.

"And perhaps I’m breaking guy code here, but, you know, there was an injury coming into that fight.

"Certainly with that kind of injury – and he said he was having all kinds of medical treatment leading up to the fight. So, of course, with that injury, that will have hampered his performance.

"But still, you can’t take away from Derek Brunson on that night. Darren chose to step in.”

Till moved up to middleweight in 2019 after suffering consecutive defeats at 170-pounds to Tyron Woodley and Jorge Masvidal.

Can Darren Till still become a UFC champion? Comment below

The 28-year-old won a split decision against Kelvin Gastelum in his middleweight debut but has since lost fights to Robert Whittaker and Brunson.

Till is yet to confirm Bisping's claims of his injury. The former champion turned analyst Bisping also suggested that Till may benefit from a move back down to welterweight after being "outmuscled" by Brunson.

He said: “He needs to make some changes. I think perhaps a move back down to welterweight [may help him].

"And certainly when you’re fighting guys like Derek Brunson where their whole M.O. is to take you down, of course technique comes into play, but a lot of what comes into play is strength.

"Once you get into these clinch positions … it comes down to power, and Derek kind of outmuscled him in those situations as well.”