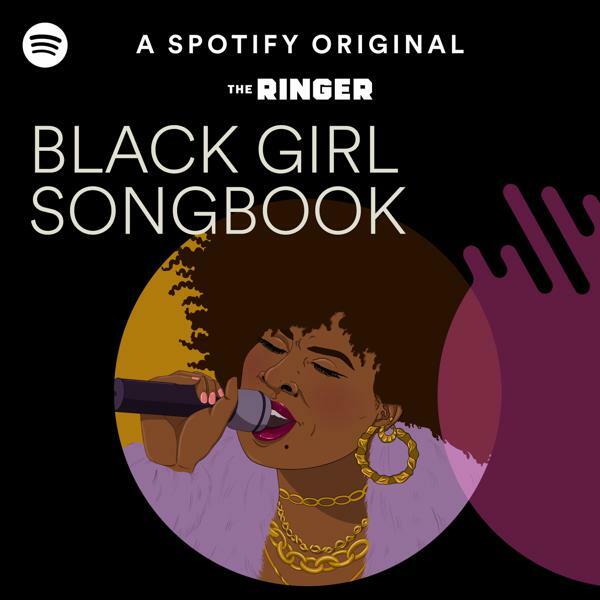 For the last 30 years, Danyel Smith has been one of the most highly-regarded writers in music and American culture. Her work has appeared in Time, Cosmopolitan, Essence, The Village Voice, The New Yorker, CNN, Rolling Stone, Ebony, NPR, and she was the former editor-in-chief of Vibe.

Smith has held positions at several universities and penned two novels. Without question, she’s a trailblazer that has opened many doors for Black women in journalism and media. She is a caretaker of Black music.

I spoke with Danyel about the influence of the city of Oakland in her work, the changes in music journalism over the years, her forthcoming book Shine Bright: A Personal History of Black Women in Pop, and her podcast, Black Girl Songbook.

Grove: When did you first realize that you love to tell stories?

Smith: That goes back to childhood. I think for so many of us, we had parents, loved ones, and teachers that read us stories right? That's one of the first activities of life is someone telling you a story that by heart or reading a story from a picture book. I remember very much loving that and the next step for me was that I wanted to be able to do that. I didn’t want to just listen to the stories or just read the stories. I wanted to be able to write the story. I even remember wanting to make little books, little magazines, and being on the newspaper staff at my junior high school. It was just always a way for me to express myself.

Grove: You’re a proud native from Oakland, California. How did the music, cultural,and political scene of the city influence you?

Smith: It was my coming of age. I was born in Oakland, lived there for 10 years, moved to Southern California for 10 years, and then moved back to the Bay for another 10 years. I feel like a California girl overall. If there is one place that owns me and I own it, it would be Oakland. My grandparents, my great-grandparents, everybody's from there. But if you ask what shaped me, I guess a good answer would be just the music scene of the late 80s and early 90s. That was the time when MC Hammer, En Vogue, Two Short, Tony! Toni! Tone!, Digital Underground and Tupac Shakur were all on the rise. Sway was on the radio, and all the Hip-Hop tours were coming through the city. This was my life in my early 20s and I was writing for the local papers in the Bay Area. I was just speaking to somebody from Digital Underground recently and he was referring to the fact that it was just a magical time, and we didn't even realize it. We were having a really good time working and frankly, partying.

Grove: Speaking of Sway Calloway, I recently read that your mother and his mother attended the same high school. That must have been a school to teach them how to raise journalists and media personalities.

Smith: [Laughs] It's true. My mother went to Fremont High School and so did Sway’s mom. I've known Sway since forever. We were all just there working in the music. We wanted the music to be bigger and stronger and louder. We wanted his show to be big and I wanted my byline to be known. I wanted to write for the bigger places. It was a real time for our ambition.

Grove: When you were coming up as a writer, was there one story or interview that made you feel like you had arrived?

Smith: I don't want to be too philosophical but I will say I felt like I made it every time I saw my name in any publication. It still gives me the chills right now to see my name in print on something that I spent time, creativity, work on. You start out wanting to tell a story and then you get to the end and you're like, “Well, dang, I guess I did tell it.” I think the bottom line for me is that it still matters so much. So I don’t think there's any particular story but just knowing that I wrote the story, whether it's 100 words, 5000 words, whether it's a book with my name on the spine, it doesn't matter. And oh, my God, if my name is spelled correctly.

Grove: Over the span of your career, what are some of the biggest changes in journalism?

Smith: I don't know if you can even talk about what has changed in journalism if you don't talk about technology because it just changed everything. In some ways, it's great because so many more people have so much more access to so much more information and storytelling. But in other ways, there's just so much more misinformation. There’s just so many trust issues in journalism right now. So a lot of that has changed. What hasn't changed enough honestly is that there should be more journalists of color, more Black journalists, and more women journalists in positions of power. So when we talk about how we need more journalists, we also we need people who are training other people in media. Yes, we need people to go out to cover the fire that's burning, the content that is amazing, the pandemic that's raging but also we need people in leadership positions who are guiding that coverage and setting a tone for excellence, authenticity, and diversity. So I wish there was still more of that in our business. It's very important to me and always has been.

Grove: As we as we move to talk your podcast, you said you wanted to give Black women in music their flowers because they have not gotten the credit they deserve. In addition to writing about the subject, you launched Black Girl Podcast which I love. What made you jump in the podcast space?

Smith: I've been working on a book for a bit. It called Shine Bright: A Personal History of Black Women in Pop. When I turned my book in, the first thing I thought was, “I still have much more to say.” There are still so many more Black women in music that need their existence to be out there. It’s heartbreaking to me when we were talking about someone like Angela Bofill and when I think about the kind of impact that she had on me and then I think about how many records she sold, it’s not like she was an unsuccessful artists or a one- hit wonder. She had a huge and amazing career and for some reason, not enough people know who she is. I take that quite personally.

Black Girl Songbook gives me the opportunity to really get personal about the way I feel about music and the way I think a lot of fans feel about music. Also, to have all of that be informed by a sense of storytelling that I've honed for the past, how many decades? I’m really enjoying it.

Grove: That’s why I dig it so much as a listener because music moves our emotions and we have a personal investment in it. It's not just an intellectual, type of podcast, where you’re just spouting off facts, but you track how we lived through the music. I really loved the Karyn White episode. She doesn’t get mentioned nearly enough for her contributions.

Smith: I'm so happy that you said that. As a creative you want to give light to people that aren't getting enough light. Also, you want to do your Janet Jackson episode, your Aretha Franklin episode etc. I'm super happy to hear that you're into the episodes that are about people who tend to have been forgotten. I was so affected by “Superwoman” from Karyn White. Like, are you kidding? That one is in my top 10 songs. Although my list is constantly evolving, I think “Superwoman” is pretty much on there all the time. How could you give that kind of performance and people forget?

In Karyn White's era, the important Black publications like Vibe, Ebony Essence, XXL, and The Source were all around yet. Where was Karyn White going to go for a dozen in-depth profiles about her? Where was that going to happen? That’s how people end up not being as remembered as they could be. Whereas, there's like 10 times more stories about any particular white woman singer that maybe not as successful as Karyn White. We may remember that person with more in detail and think of that person as more of a genius or more important because Karyn’s career wasn't, “written in stone.”

Grove: Danyel, you are what I would call a “care taker of Black music.” So my last questions is this: How does it feel to have the platform to be a steward of the sacred cannon of Black women’s songs?

Smith: WOW! I was very compelled after I finished the book to do something outside of my comfort zone. I’m talking to you from an artist's residency right now in upstate New York because I’m working on a project. I've also been recording the show from here and it's been fantastic because I'm in a rural area. It's just wonderful to be up here with nature and talking about some of the best music that Black woman have ever made. Just to have it all happening in this place where creativity is lifted up is wonderful. Whenever I talk about Black Girl Songbook, if you listen to it, I feel like I get emotional a good deal on the show. I get emotional, honestly, when we bring up the genius work of Black women that have never received credit that they deserved. I’m honored to share these songs and our stories.