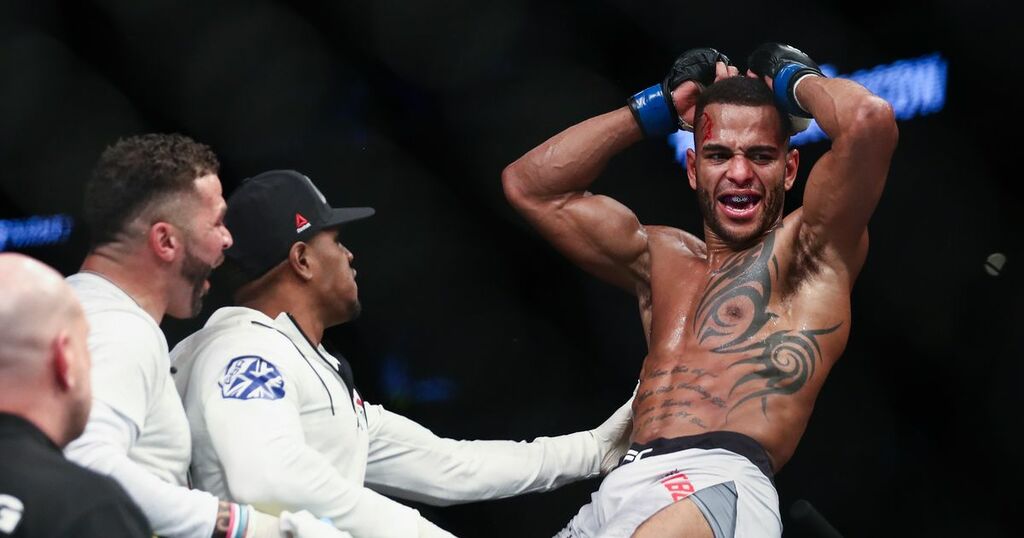 UFC fighter Danny Roberts wants to emulate the likes of Kevin Holland and Brian Kelleher with a period of sustained activity after he ends his near-two year octagon exile this weekend.

Croydon native Roberts will face Ramazan Emeev on Saturday night at a UFC Fight Night headlined by Aspen Ladd and Norma Dumont, and believes he will stop the veteran Russian inside of two rounds.

And after he gets back in the cage, Roberts has said he will be demanding as many fights as the UFC can offer him, after missing out on three chances at a cage return over the past few years.

He was due to fight Nicholas Dalby in London on the week coronavirus lockdowns were implemented in the UK, and then again on the UFC's Fight Island from which he was forced out with injury.

And then a coronavirus diagnosis for which he had no symptoms cost him a fight with Tim Means this summer, meaning he hasn't competed in over 23 months.

"I've had that many misfortunes and mishaps over these last few years," Roberts said.

"I was supposed to fight Tim Means which got rescheduled a couple of times, Dalby was on Fight Island and I was feeling like I would be one of those guys like Kevin Holland who fights six or seven times.

"Nevertheless, we're here now, it's on, timing is the thing and obviously there was meant to be other plans for me, so I've accepted it for what it is."

And Roberts has insisted that he hasn't let this time off be wasted as he continued training and took the chance to return to the UK to train with his old coaches.

He will reunite with his team from Sanford MMA for this fight week, and is planning to return to Florida eventually as he looks to get his career back on track.

"I can't say that the last two years have gone to waste because they haven't," Roberts insisted. "I've been in camp all my life, I've been fighting all my life.

"It's not about the last eight weeks, the last twenty weeks, the time before that, Tim Means, Nicolas Dalby, that means nothing to me.

"Put me in Venum shorts, or jeans, or anything just let me fight.

Do you think Danny Roberts will win his comeback fight on Saturday night? Let us know in the comments section!

"I'm going to just let go of the reins and be let loose and I'm very excited for that which is where all of my concentration and energy is focused towards.

"I'm fit, healthy, fresh, I'm going into this away from injury and having really built on who I am as an athlete, there's another route for me to get to the top."

And Roberts said that he expects to stop Emeev in the second round with a brutal knockout.

"It's going to be a round two annihilation, destruction," he declared.

"It's been two years of this resonating, every atom of me, every cell of my body is vibrating towards this and I'm already getting worked up for it.

"This is my time, my self belief is unchallenged, I'm mentally, spiritually and physically in a good shape, nobody will take this away from me."

Watch Danny Roberts vs Ramazan Emeev during UFC FIGHT NIGHT®: LADD vs. DUMONT on Saturday October 16, at a prime-time slot on BT Sport 1 from 10pm, with UFC Fight Pass Prelims starting at 9pm.