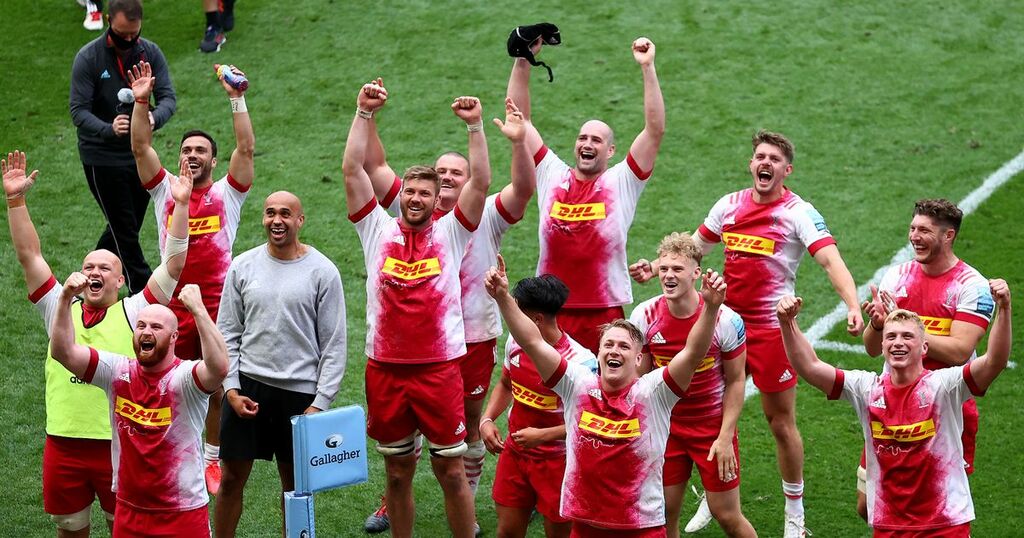 The star fly-half has played for England and the British and Irish Lions since winning the Premiership final on his last club appearance.

But it is Quins’ epic semi-final win over Bristol which promises to light the fuse on another cracker between the sides.

“We know what’s coming,” said Danny Care. “We know a team is coming that we annoyed last year. They’re obviously going to come wanting some revenge.”

Even now it takes some believing that Quins overturned a 28-0 lead to beat the league’s top-ranked team in their own backyard.

Liverpool fan Care refers to the biggest comeback in Premiership history as ‘Bristanbul’ - but doesn't expect Pat Lam's team to find that amusing.

“Bristol were top for so much of last year and the best team by miles for months,” he said. “The rugby they were playing was mesmerising.

“The first 20 minutes of the semi-final it was a joke, we were 28-0 down and thinking it was a hammering. They have the ability to make you look stupid, to turn it on. But we’re excited by that challenge.”

Quins start with playmaker Smith on the bench, Tommy Allan wearing the No.10 shirt in a team unchanged from that which took maximum points off Worcester last time out.

But Smith’s mere presence will have a sell-out crowd at the Stoop jumping and halfback partner Care has no doubt the 22-year-old will be even better for being capped over the summer.

“I think for him the sky is the limit,” said the scrum-half. “He can go on and be as good as he wants to be.

“I really hope he gets his opportunity in the autumn to wear the England 10 shirt and do it consistently against some great teams.

“He’s such a level-headed lad, a great human being, he is so keen to learn and get better and push himself every day.

“He was telling me in the Lions, him and Owen Farrell would just sit down and chat rugby all night - which for me obviously sounds a bit dull, but for those two…”

Three months after his infamous video rocked the Lions tour, South Africa boss Rassie Erasmus has been told he will learn his fate on Halloween.

Erasmus’ hour-long rant against the officiating of referee Nic Berry in the first Test soured a series which the Springboks came back to win.

Eddie Jones was among many to label it “disrespectful” and urges rugby chiefs to deal with the matter long ago.

Instead an independent panel will hear the case on October 30-31 and promise to publish a full written decision “following the completion of the entire proceedings”.