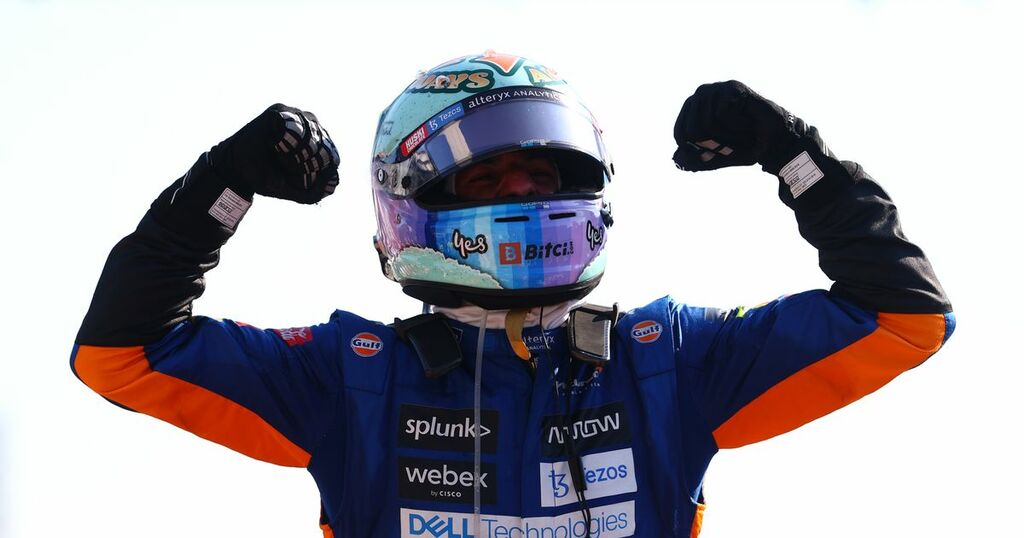 Ricciardo started the race in second position but overtook Verstappen on the first turn and his victory at Monza was rarely in doubt.

Much of the post-race talk, though, will centre around a collision between title rivals Hamilton and Verstappen on the second turn of the 26th lap.

An unusually long pit-stop for Verstappen had pushed him down from second place to 10th place, and a short time later his Red Bull was colliding with Hamilton's Mercedes — an incident which ended with the Dutchman's car on top of the seven-time world champion's.

After the race, Ricciardo said: "The August break was good just to reset, I felt better the last three weekends. And to not only win but to get a one-two... For McLaren to be on the podium is huge, let alone a one-two. I'm for once, lost for words."

Who was at fault for the collision between Hamilton and Verstappen? Let us know what you think in the comments section.

There will be more to follow on this breaking news story.

We'll bring you the very latest updates, pictures and video.

Please check back regularly for updates on this developing story HERE. Get email updates on the day's biggest stories straight to your inbox by signing up for our newsletters.

Get all the big headlines, pictures, analysis, opinion and video on the stories that matter to you by following The Mirror.

See all our social accounts that you can follow here: mirror.co.uk/social