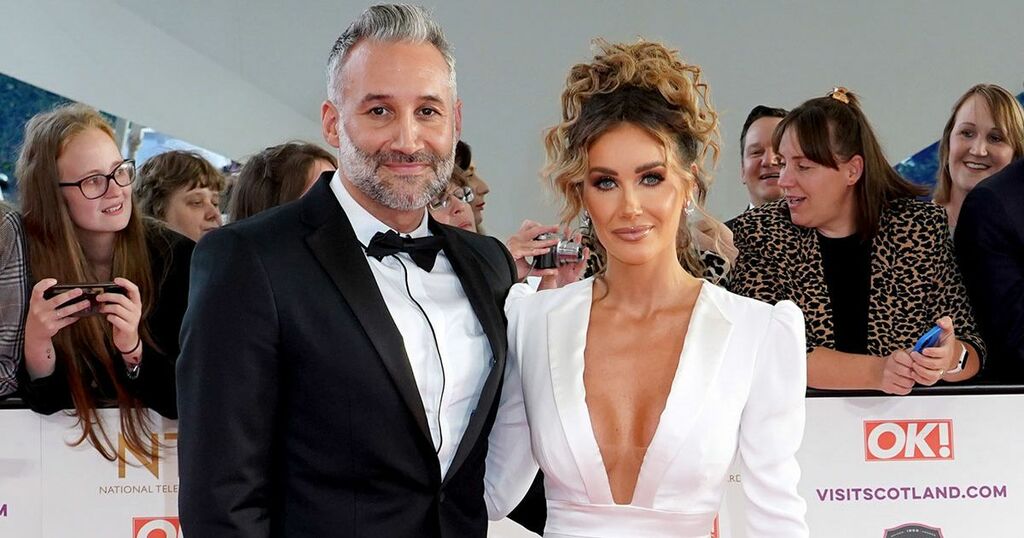 Dane Bowers and Laura Anderson hit back at split rumours as they made their red carpet debut at the National Television Awards.

The singer and the former Love Island star stepped out on the red carpet at the awards ceremony, quashing rumours that had surfaced earlier this week that they had gone their separate ways.

The pair looked incredibly loved up as they posed together at the London event, after jetting in from their home in Dubai.

Laura looked stunning in a sleek white dress with a revealing neckline. She matched her beau, who wore a black suit with a white shirt.

Laura and Dane squashed rumours they had gone their separate ways as they shared a snap of them quarantining together in Surrey.

"Me making him do quarantine with me again #ukvibes #longhotsummer," she posted alongside the sweet photo of the pair.

Sources had previously claimed the pair "hit a bump in the road" in their romance recently.

A source told The Sun at the time: "Dane and Laura had a big row last month.

"Things had been going well but now it seems like they have hit a bump in the road.

"Officially they are still together but they have decided to spend some time apart."

The couple had dated in the past but split following a cheating scandal, but Dane recently confessed that the time apart gave him a chance to realise that Laura was "the one" for him.

"I probably should have grown up before now, being in my forties," he told new! Magazine.

"There's been a shift in deciding to live with each other. We're talking about marriage and babies and we'd like to do that soon. This is it. This is proper. This is The One.

"I never gave my all [in previous relationships] so I don't know if I was totally in love. Which is quite sad really... going through life and not being in love."

Dane feels he is "punching" above his weight by dating Laura.

"I'm obviously pushing past 40 now. I've most definitely got a dad bod and I really do not like my body, to the point where I really have to kind of push myself and take a breath to take my top off at the pool... which obviously in Dubai is hard work because there's a lot of pools, the beaches. I don't particularly like taking my top off," he said.

"Laura looks amazing, she's got a ridiculously good body. Yes, and I've read all the comments, I know I'm punching. For me, we did a shoot in the swimming pool and I wasn't body fully out but I felt very conscious and I'm sure there are lots of guys that feel the same."