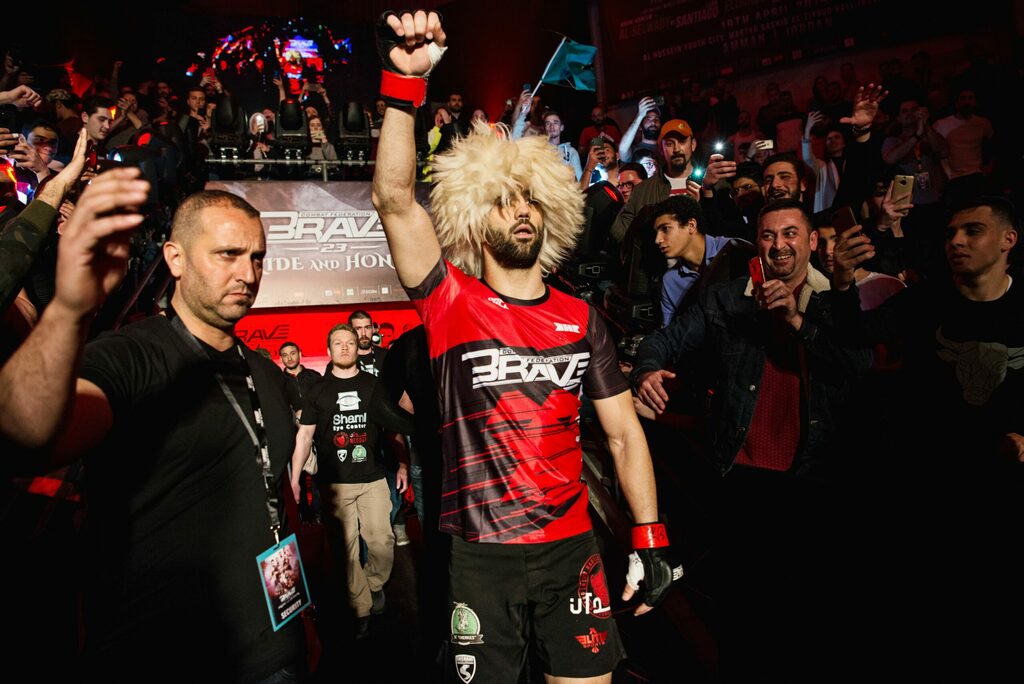 On a bigger stage and in front of a wider audience, Hashem Arkhaga is ready to shine.

A pioneer of mixed martial arts in the Middle East, Arkhaga’s exciting style has landed him in the main event of Dana White’s Contender Series 40, where he’ll meet fellow unbeaten middleweight A.J. Dobson.

Coming off two straight first-round walk-off knockouts, the Jordanian finisher is hoping to punch his ticket to the UFC with another highlight-reel performance.

“I feel honored that I’ll be headlining the card,” Arkhaga told MMA Junkie. “And fighting in front of Dana and the Americans, for me, makes no difference. Since my last fight, I thought Dana was coming to watch, so I was mentally prepared for that. So now it’s just another fight, another good performance, and God willing, another walk-off knockout.”

Arkhaga (6-0), a former Desert Force champion, has impressed in the Middle Eastern MMA scene, competing for the best promotions the region has to offer. But after returning from an almost seven-year hiatus in top form, Arkhaga is ready to take his career to the next level.

“So far, it was a good journey,” Arkhaga said. “I’ve been fighting for 11 years. (I) started 2010 and after my comeback in 2019, I had two walk-off knockouts. But during COVID, I had two fights canceled for me. You never know when your fight is getting canceled during COVID, so it was a bit hard going through camp two times and not fighting. Finally, I got the knockout last September, and my managers were talking to the UFC, and finally, here we are. We got the opportunity, and it’s an opportunity of a lifetime. We’re here to get the contract and we’re ready more than ever.”

Arkhaga takes on Dobson (5-0), who has notched numerous first-round finishes himself. But despite both fighters having a minimal amount of fights on their records, Arkhaga sees himself as the more battle-tested fighter. His heart and toughness were on full display in his fourth professional fight against Ibrahim El-Sawi, when he captured the promotion’s middleweight title in an all-out war.

“I think my opponent is a decent fighter both in the standup and on the ground,” Arkhaga said. “I think he’s well-rounded, but I think I can edge him everywhere, especially in the boxing. I have sharper hands, I feel I’m the smarter fighter, and I’ve been tested. I haven’t seen him get tested before in his fights, so hopefully I’ll test him in this fight and my prediction is a first-round knockout, as always.”

One of the most popular fighters in the Middle East, Arkhaga will get an opportunity to follow in Mounir Lazzez and Ali Alqaisi’s footsteps as another Arab-bred fighter to make it to the UFC, which will continue to help open doors for aspiring talent in his region.