Seeing what Khamzat Chimaev did to Kevin Holland at UFC 279, Dana White realizes that the Nate Diaz fight may have only gone worse.

Chimaev (12-0 MMA, 6-0 UFC) was initially scheduled to face Diaz (21-13 MMA, 16-11 UFC) in the main event of Sept. 10 pay-per-view card in Las Vegas, but after coming in 7.5 pounds over the welterweight limit, the card was shuffled and Chimaev drew Holland instead in a 180-pound catchweight bout.

It took Chimaev less than half a round to drag Holland (23-8 MMA, 10-5 UFC) down to the mat and choke him out, which left UFC president White in awe of the undefeated star.

“After you watch the fight, you realize Khamzat vs. Nate Diaz would have been f*cking – that wouldn’t have been good,” White said on “The Action Junkeez Podcast.” “Khamzat, I know the fans got pissed at him for not making weight and everything else, but Jesus f*cking Christ. What he went out and did to Kevin Holland – did you see Kevin Holland post the picture the other day that his eyes were all red from the f*cking choke? I mean, holy sh*t.”

After the overhaul to the card, Diaz faced off against Tony Ferguson in the night’s headliner at T-Mobile Arena, and tapped out “El Cucuy” in Round 4 in the final fight of his UFC contract.

Although Chimaev was a heavy favorite against Holland, White didn’t expect him to tear through Holland in such quick and dominant fashion – and he won’t believe anyone who says they did.

“I love Kevin Iole,” White said. “Kevin was at the press conference and he was like, ‘Yeah, that’s what I expected,’ No you f*cking didn’t. And if you expected, if you really are honest in saying that you expected Khamzat to f*cking destroy Kevin Holland – you’re lying. There’s just no way. Kevin Holland is a bad motherf*cker.”

After his big weight miss at UFC 279, Chimaev hinted a move to middleweight. White agreed that’s likely the appropriate next step for the undefeated sensation.

For more on the card, visit MMA Junkie’s event hub for UFC 279. 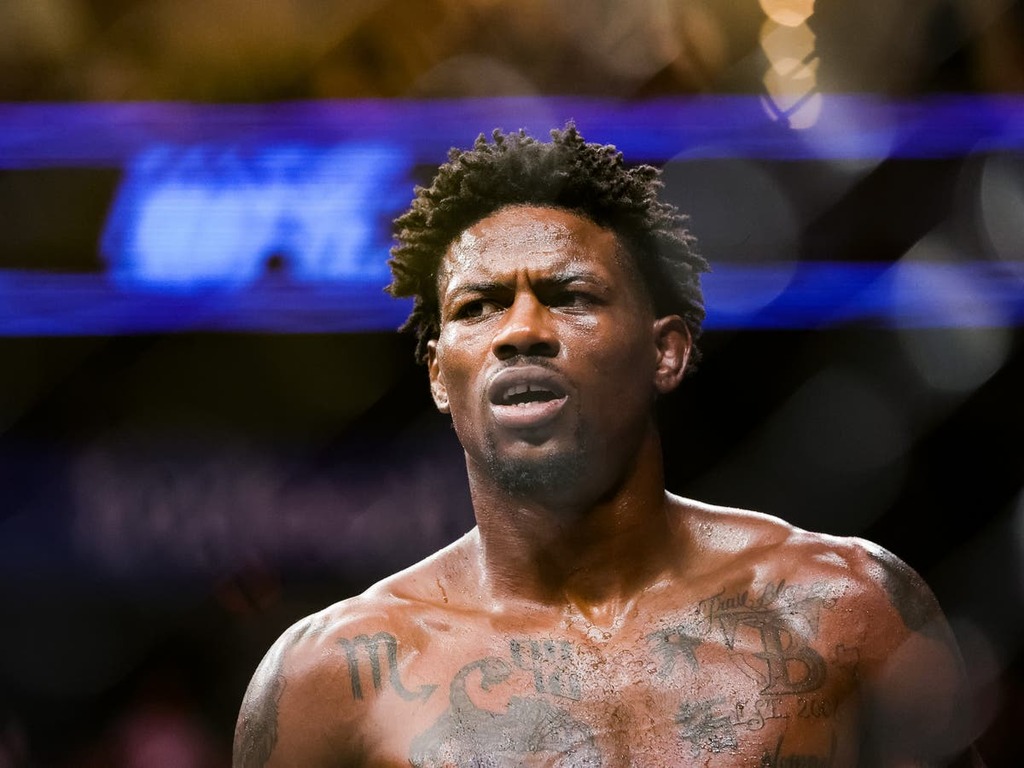 The Independent UK
One subscription that gives you access to news from hundreds of sites
UFC 279 ‘Thrill and Agony’: Nate Diaz celebrates with Tommy Lee after victorious UFC sendoff

Watch a preview of the latest edition of "The Thrill and the Agony," which goes behind the scenes in the…

Legendary former lightweight champion Nurmagomedov has been critical of Chimaev after he showed up 7.5lb over weight for his fight…

Nate Diaz has been contacted by Bellator, according to the promotion's president.