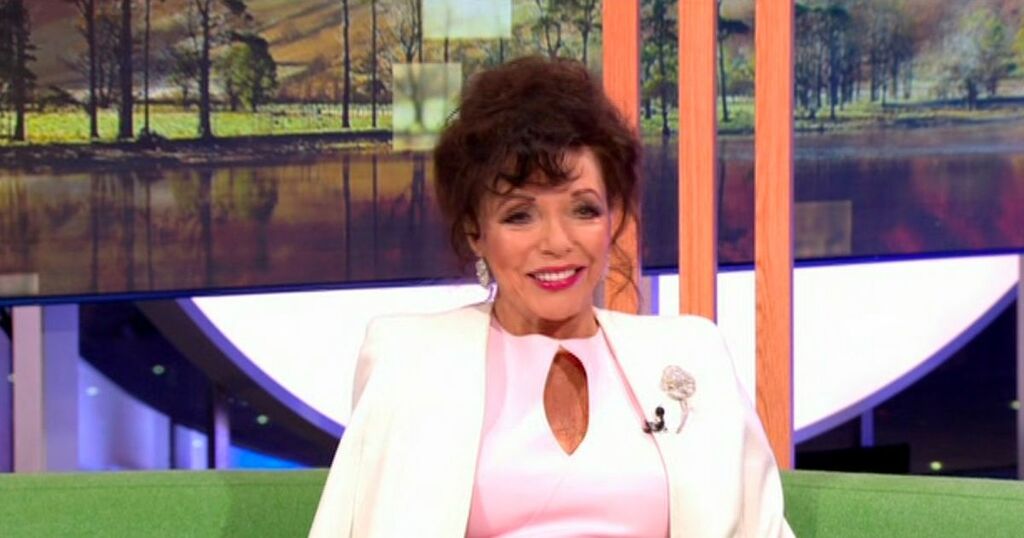 The legendary actress was talking on The One Show when she offered some friendly fashion advice to Boris Johnson - going on to reveal she once questioned whether he brushed his hair with an egg beater.

Speaking with hosts Ronan Keating and Sam Quek, the former Dynasty star was on the BBC show to chat about her new showbiz memoir, My Unapologetic Diaries.

After Joan shared some celebrity anecdotes involving the likes of the late Frank Sinatra, the conversation then turned political, as the 88-year-old actress recalled giving former Prime Minister John Major some style advice.

Joan explained how during the former politician's tenure as head of the government in the early nineties, his right-hand man asked her for style advice on his behalf at a party.

After confessing that she suggested that the former Prime Minister should "wear smaller glasses", The One Show hosts quizzed Joan on whether she had any style advice for current politicians.

"How about Boris, Boris Johnson? Any advice for him?" Sam asked the iconic actress.

"Yeah, I would say go and get your suits tailored better," Joan replied - leaving the BBC studio in fits of laughter.

She then went on to reveal that her and Boris were one-time co-workers back in the day.

"But he used to be my boss," Joan continued.

"I write about that in the diaries, that he was my boss, because when I was writing in The Spectator, and he was the editor, I wrote about a lunch that we were at, that we were all at together," she explained.

"I said, 'there was a very loud man there called Boris Johnson and he looks like he combs his hair with an egg beater'."

The studio again burst into laughter, with presenter Sam adding: "I think he still does!"

Viewers also loved Joan's stint on the BBC show - taking to social media to share their delight at the star's appearance on the famous sofa.

"Can you get @Joancollinsdbe back on again as the only guest so we can hear her fab stories please? She's brilliant ! Def getting her book," one delighted fan tweeted The One Show following the programme's broadcast.

Another added: "If I’m half as funny at 88 years of age as Joan Collins is I’ll be happy."

Elsewhere during her chat with Ronan and Sam, Joan also opened up about being an "early feminist" and achieving equal pay during her time on Dynasty.

From 1981 to 1991, the actress appeared as Alexis Colby in the American soap opera and won critical acclaim for her portrayal as one of television's most iconic villains.

Speaking on The One Show, Joan revealed how she successfully negotiated a pay rise to match her male peers, but lost time on screen after securing equal pay.

The star explained how she went in to shoot a new series following her pay rise and was told by a producer that she would only be appearing in 10 episodes, not 20, because they claimed they couldn't "afford" her.

"I finally got what I really believed I deserved and they cut me down to only half the episodes," Joan recalled live on-air.

The One Show airs weekdays at 7pm on BBC One.