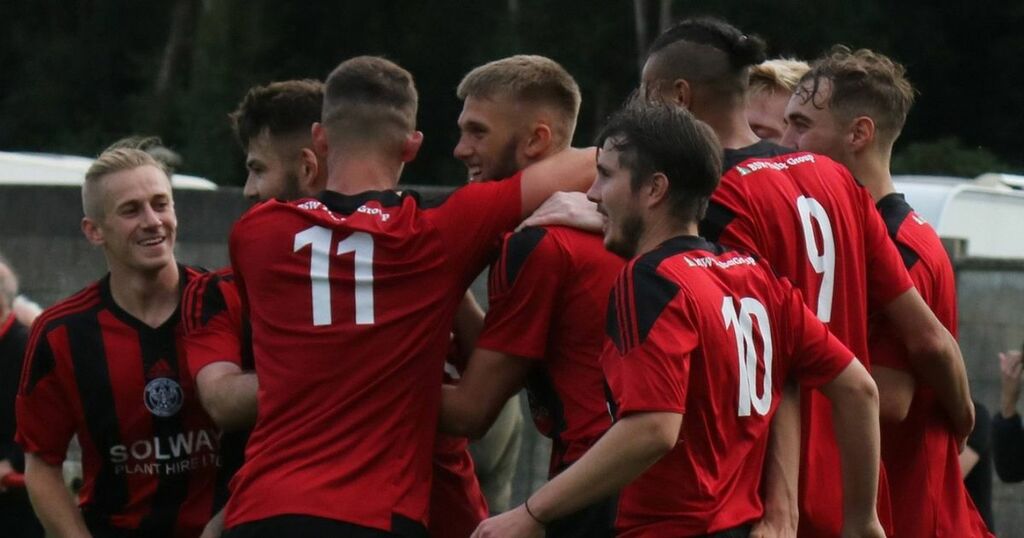 Back-to-back wins over Vale of Leithen and Gretna 2008 have lifted them up to fourth place – only goal difference keeping them out of second – with a third of their league games placed.

Maxwell said: “To be sitting in the top four after that period is a great achievement for us. We’ll now look at the next third of the season and we’ll set targets leading up to Christmas.

“In January or February we’ll look at our fixtures and where we’ll hope to be by that point and then there will be a push towards the end of the season.

“At the moment it’s about maintaining performance levels, keeping that points column ticking over and making sure we stay in about that top five or six. If we can still be in that position come January or February we can look at targets for the end of the season.

“The main thing just now is to make sure we can stay in touch with these teams.”

Star claimed the derby bragging rights on Saturday with a 3-1 win over a Gretna side which had recently sacked manager Rowan Alexander.

Prolific striker Russell Currie gave them the early lead when he latched on to Dan Orsi’s ball over the top of the visiting defence and finished clinically.

A great passing move saw the second goal arrive early in the second half, Dean Brotherston finding Lewis Sloan and when he crossed into the box Currie was there to double his and Star’s tally.

However, Gretna set up an exciting finished when Aiden Duffy got one back five minutes from the end – only for Brotherston to score in the final minute to secure the win.

Maxwell said: “It was probably more uncomfortable than it should have been. We dominated from kick-off and created a few chances and got the early goal, which was a really good goal. For the next 10 or 15 minutes we were really pushing Gretna back. We just couldn’t add to that goal.

“We started the second half really well and scored a superb second goal for the second game in a row. That gave us a cushion and I thought we were going to see the game out relatively easily.

“We were still dominating in terms of possession then made an error with five minutes to go, which is unlike us, and they’ve scored.

“They started to bombard us with long balls but we created chances on the break and when Dean scored it finished the game off.

“It was a really pleasing performance and it’s always nice to win the derby.”

Star now have a break from the Lowland League for the next few weeks as they face Ayrshire side w Victoria in the SFA South Region Challenge Cup this weekend before heading to Newtongrange Star in the Scottish Cup.

Maxwell added: “They’re an unknown package for us but we’ll try to get some information. We’ve just told the boys to go and enjoy the next two weeks.

“The pressure of league football is off. We’re sitting in a really good position so they can relax and enjoy the two games coming up.”