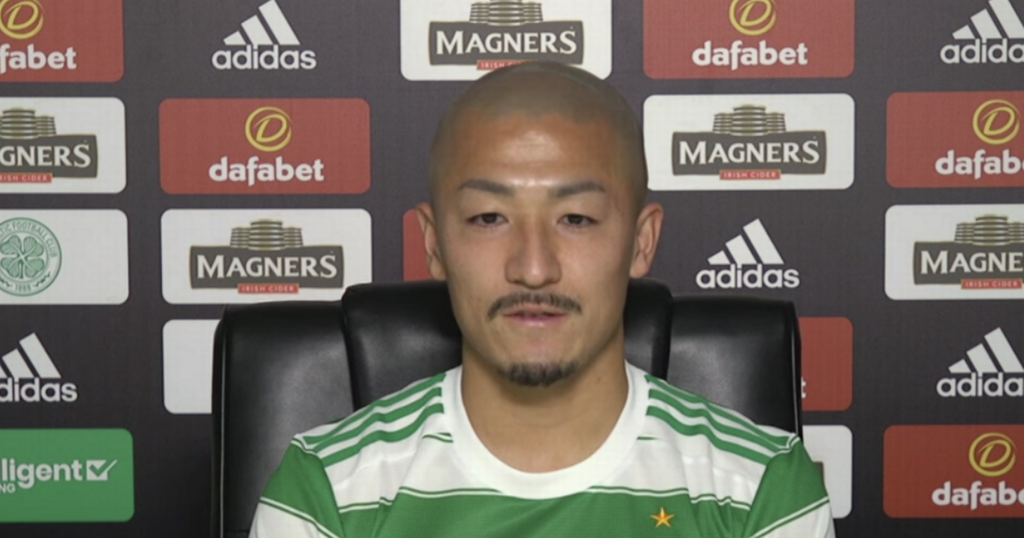 Daizen Maeda is hoping a devastating link-up with Kyogo can fire Celtic to the Premiership title.

Maeda arrived on New Year's Day alongside Yosuke Ideguchi and Reo Hatate as Postecoglou's team starts to take on a real Japanese flavour.

But the striker knows Postecoglou better than either of them as he worked under him at Yokohama F.Marinos before the Australian upped sticks for Glasgow in the summer.

He says that prior knowledge has helped him adjust to a different environment - though it is still taking him some time to get used to things.

But he's confident that once he hits the ground running, he can fire the Hoops to the top of the Premiership.

He said at his media conference: “I’m settling in better, but I’ve worked with the manager before, so the training styles are similar.

“The food is different here in Scotland than what I’m used to, so it will take some time to get accustomed to the nutrition, but I’m sure I will get used to it quickly.

“I worked with the manager during my Yokohama days and I really admire his strong views and opinions and he’s the type of manager you want to follow and do your best for.

"Of course, the ultimate goal is to win the league and in order to do that, I need to score lots of goals myself so that’s my current focus at the moment.

“I’m so excited and I want to do really well and score if I can. My game is about putting everything into the match and hopefully, I can excite the fans.”

Maeda knows there are parallels between his game and Kyogo's as both use their devastating pace to cause problems for the opposition.

And he's looking forward to linking up with his Japan compatriot - as well as the rest of his new teammates at Lennoxtown.

“Both of us have similar speed as a strength," he said. "At the moment I’m thinking of how we will apply pressure to the opposing team when it comes to attack and defence.

"I’m extremely looking forward to playing with Kyogo but also the other team-mates.

“I want to utilise my speed and I can’t wait for the fans to watch how I play.”