The seat, held by the Labor Party since its creation in 1984, was one it hoped to keep by parachuting in high-profile Senator Keneally.

It will now go to local independent Dai Le, with Labor registering a swing against it of more than 16 per cent.

Senator Keneally took to Twitter to announce her defeat.

"At the end of today, it seems that Labor will not claim victory in Fowler," she said.

"I congratulate Dai Le and wish her well.

"Thank you to the people who voted Labor & the volunteers on our campaign. And congratulations to Albo & Labor — a better future for Australia lies ahead."

Ms Le, the Deputy Mayor of Fairfield, had earlier today said she was quietly confident of winning, attributing her success to her strong ties to the community.

"They [voters] knew Kristina Keneally as a NSW Labor party leader who led them to their most significant loss and the fact she lived in Scotland Island, even though she claims to live in Liverpool," she added.

Labor deputy leader Richard Marles said Senator Keneally had fought for the people of NSW for her entire political career.

"She [Senator Keneally] was very excited about representing the people of Fowler given the opportunity. We have not conceded it and whatever plays out there, we will work through the lessons of it."

The decision to place her into Fowler to solve an internal party battle over who would get the top spot on Labor's NSW Senate ticket, attracted controversy at the time.

Mr Hayes later said he accepted the decision of the party and Senator Keneally said he had been supportive since she was endorsed.

"There was certainly a lot of anger out in the seat of Fowler with regards to Tu Le, the Labor candidate who is of Vietnamese background, being overlooked and Kristina parachuted into that seat," said Liberal senator Hollie Hughes on Channel Ten's election night coverage, as results started to swing towards Ms Le.

"I don't think Dai Le would have run had it been Tu Le and I think that's where the anger's come from. Frank Carbone certainly wouldn't have engaged in the way that he has, he's a very popular local mayor."

"I think in the case of Kristina, Dai Le is a very well-known local candidate so that was a very tough contest," he said.

Ms Le was backed by popular local mayor Mr Carbone, who has appeared on much of her campaign material in a long-standing but unusual political marriage.

In 2016, she was suspended from the Liberal Party for a decade after running as an independent in the Fairfield mayoral race, and Mr Carbone was kicked out of the ALP for doing the same. He was re-elected Mayor in that election.

Prior to that, Ms Le had run for Liberals in the state seat of Cabramatta, reducing Labor's margin to 2.1 per cent at the 2011 election.

Both Ms Le and Mr Carbone are well-known and popular faces around the area, having been prominent voices during the strict Western Sydney Delta lockdown last year.

Her campaign has been centred on the fact she is a local who lived through the harsh lockdown alongside voters.

After a difficult 12 months, some of those who campaigned locally said there was still anger about the inequitable treatment of Western Sydney communities during the lockdown, and the selection of Senator Keneally.

It's understood the Keneally camp felt she had been warmly welcomed by the community, while not taking a win in the seat for granted.

Ms Le came to Australia as a refugee when she was 11, and is a prominent member of the local Vietnamese community. According to the 2016 census, 16 per cent of the community has Vietnamese ancestry.

Despite suspending her from the party, the Liberals preferenced Ms Le on their how- to-vote cards in Fowler.

Their candidate, Courtney Nguyen, campaigned locally, but was largely absent from media coverage of the local race.

The Independent UK
US pledges $1 billion more rockets, other arms for Ukraine
The Biden administration has announced another $1 billion in new military aid for Ukraine
Related Stories 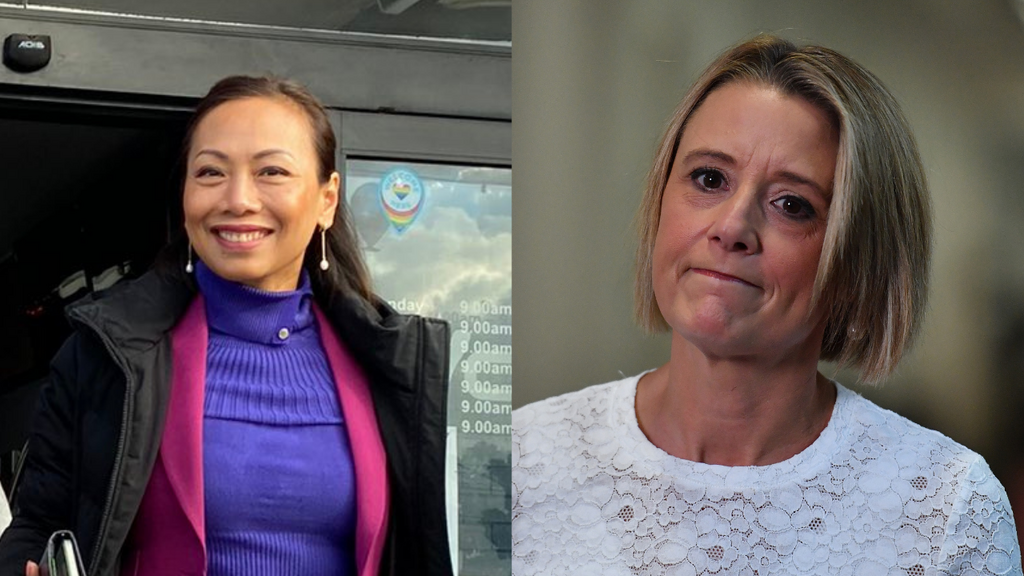 Kristina Keneally Has Lost Fowler To An Actual Local That’s What Everyone Was Trying To Tell Ya
In a blow for Labor, former NSW Premier Kristina Keneally has lost the seat of Fowler to independent candidate and…

Pedestrian.tv
One subscription that gives you access to news from hundreds of sites
Voters reject Labor's Kristina Keneally, Dai Le to take seat of Fowler at 2022 federal election

The former NSW Premier looks set to be defeated by former Vietnamese refugee and grassroots political activist Dai Le, after…

Al Jazeera
US President Joe Biden surveys flood damage in Kentucky
The trip is Biden’s second to Kentucky, which has been hard hit by a number of devastating natural disasters.
Our picks