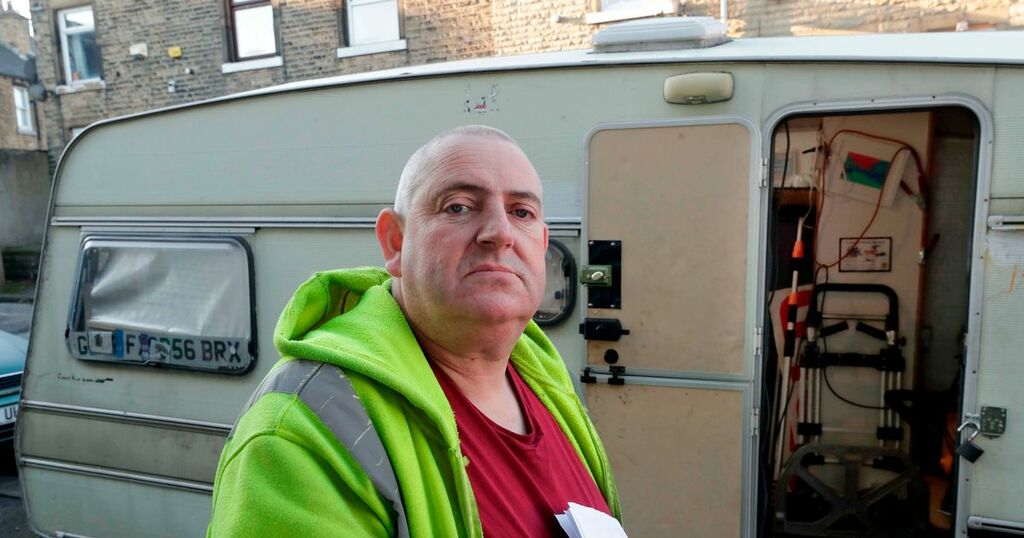 A dad who transformed a caravan into a home school for his grandchildren has been ordered to remove it.

Kevin Hufton, says he has never faced any issues about where his caravans have been parked before.

Bit he was ordered to remove it from outside his home as council chiefs wanted to remove waste from his garden.

The authority issued him with a warning to move the caravan from the street in Crosland Moor, Huddersfield by February 4 and to allow waste to be removed.

He told YorkshireLive : "I bought it in lockdown to help my grandkids with homeschooling.

"I have put a desk, a chair and a printer in there for them. I have even put a map up on the wall.

"My grandson does his homework in the caravan because there is no room in the house for the kids to play.

"My other grandchild comes down and plays in there too. He is eight and has Down Syndrome.

"They are really are upset because they like playing in it."

Kevin, who has lived at his address for 15 years, is puzzled about why he has been issued with the notice.

Kirklees Council said it has received "a number of issues and complaints", but Kevin said no one has directly raised issues with him.

"None of my neighbours have complained and it’s not restricting the street," he said. "It’s not on yellow lines. There are no parking restrictions on the street.

"I have always had a caravan. I have always parked it outside my house and I have never had any problems or complaints before.

"It is not causing anyone any problems. I don’t know why it is such an issue all of a sudden.

"It has made me feel angry."

Kevin claims the only reason the caravan has not moved since he bought it over a year ago is because he has had a number of holidays cancelled due to Covid-19.

He said: "We’ve got a holiday to Butlins coming up in August. There are a few of us going.

"We do go away in the caravan usually, but we have had three caravanning holidays cancelled because of Covid.

"I am being told that because it has not moved I can’t have it outside my house, but I haven't been able to go away."

Councillor Naheed Mather, cabinet member for environment, said: "The Greenspace Action Team issued a Community Protection Notice (CPN) to the resident with regards to a number of issues and complaints received about the property including large amounts of waste at the property, the running of a business and storing of a caravan.

"Officers have spoken with Mr Hufton and issued letters and notices in recent months with the latest requesting the waste on the property, and on the unadopted highway, be removed and disposed of correctly, removal of the caravan and to stop dismantling vehicles at this address.

"Although some of the waste has been cleared, some remains.

"With respect to the caravan, this is being stored on the highway and has been since August 2021.

"The CPN highlighting the above has been issued under legislation relating to the Antisocial Behaviour, Crime and Policing Act 2014.

"The most recent notice gives the resident till February 4 to rectify the issues outlined above."