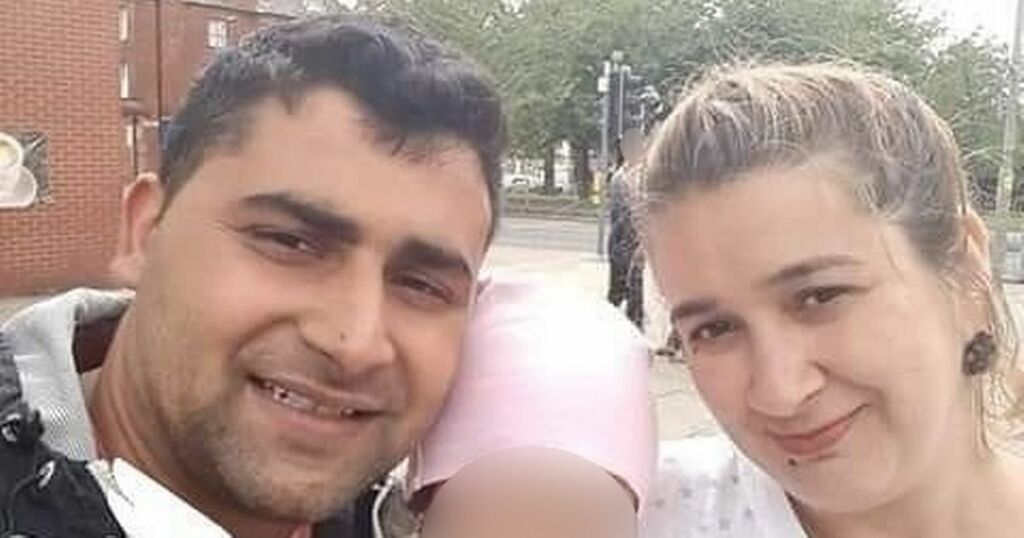 A dad shook his six-month-old baby son so violently in a fit of rage that he suffered irreparable brain damage and died, a court heard.

Gulie, 28, and Ion, 35, of Mersey Road, Widnes, were each assisted by a Romanian interpreter during the opening of the trial yesterday, which is expected to last up to four weeks.

Nicholas Johnson QC, for the prosecution, said the baby boy, called Robert, was just six months old at the time of his death on February 21 this year. He was born with Down's Syndrome and suffered from a range of medical complications.

Mr Johnson told the jury that three days before Robert's death, he had suffered catastrophic injuries at the hands of Gulie, who was alone in the house while Ion and their two-year-old daughter had gone out to a nearby corner shop.

Mr Johnson said this was not the first time Robert had been forcefully shaken by Guile, and his wife had attempted to cover up the baby's bruises with toothpaste.

The jury was told that on the day of the fatal assault, Robert's dad fell into a rage and forcefully shook his son, probably impacting his head too.

The force used was enough to cause extensive internal bleeding and over-stretching of vulnerable structures inside Robert's brain and spinal cord, quickly leading a heart attack, from which he never recovered.

Mr Johnson said: "It is not entirely clear why Robert's father did it but it wasn't the first time he had been violent to his son.

"Robert was born with Down's Syndrome and had other medical requirements such as feeding him through a tube into his stomach. His need for medical treatment in hospital had caused significant disruption and debt.

"Whatever the cause, subsequent investigations showed that, about 10 days before he was fatally attacked, Robert had suffered two fractured ribs and a bleed on the brain, which are classic signs of a previous forceful shaking.

"And this was a previous assault which Robert's mother was not only aware of but, rather than telling family and friends who lived close by or doctors or the police about the obvious risk of serious injury to him, covered up Robert's bruising with toothpaste and kept secret what was going on, until it was too late.

"As a result of the later, fatal attack on February 18, Robert suffered a classic 'triad' of injuries associated with non-accidental head injury – what used to be called shaken baby syndrome.

"He died three days later on February 21. His parents both deny assaulting him in any way and, either expressly or impliedly, blame each other."

Mr Johnson went on to say that, after the birth of Robert, a neighbour had overheard frequent noisy arguments between the parents.

On the morning of the fatal attack, said Mr Johnson, Gulie was emailing the Citizens Advice Bureau (CAB) to ask about reclaiming some £4,000 he said they had paid in taxis when visiting Robert in hospital.

By the time the CAB responded some 15 minutes later, the prosecution said that Robert had been subjected to the forceful shaking assault which ultimately killed him.

Despite the circumstances, a few minutes after Robert was rushed to Whiston Hospital, Gulie was continuing the conversation with Citizens Advice, later telling them "the child is in hospital again, he went breathless was about to die."

The prosecution is due to continue the opening of its case today (Wednesday).

The trial is being heard before High Court Judge Amanda Yip. Mihai-Catalin Gulie is represented by Gordon Cole QC, and Gabriela Ion by John Benson QC.