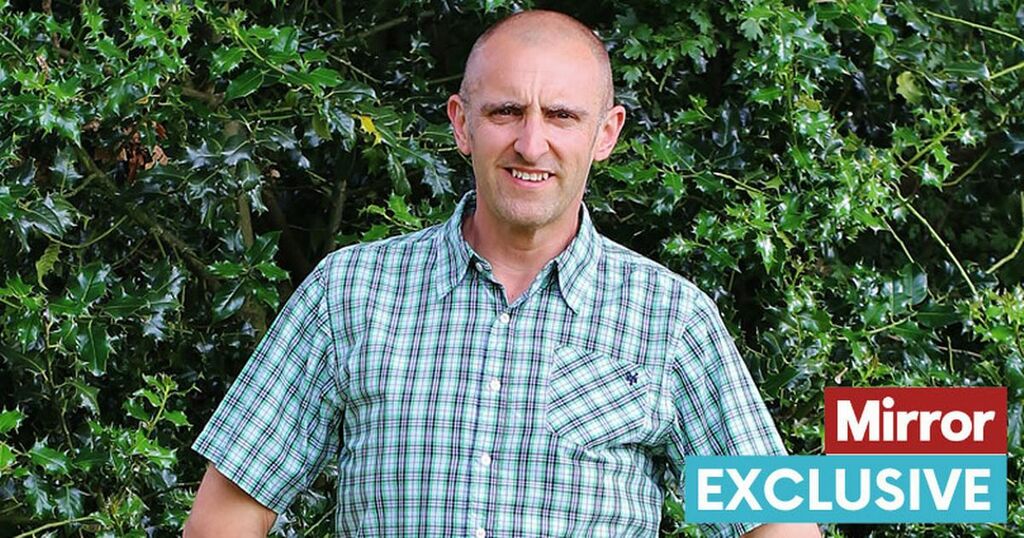 As Andrew Turner and his youngest daughter, Daisy, went to get on their favourite rollercoaster, neither of them could wait for the ride after queueing for hours.

But before the ride got going, something happened that left Andrew red-faced.

At 30 stone, he was too heavy for the rollercoaster and was asked not to ride it.

“The strap wouldn’t go over me so I couldn’t go on it. I had to let Daisy go with my older daughter, Jess, instead,” Andrew, 47, told The Mirror.

“She was really understanding about it but I was gutted I couldn’t go with her. That’s when I realised my weight was starting to affect other people.”

Andrew, from Horsham, says he was always big as a kid, which earned him the cruel nickname ‘Ten Ton Turner’ at school. However, he was never hugely overweight until he reached adulthood and started working on the railways.

“When I first started work, I’d be outside all day fixing signals. But when I was moved into an office, that’s when my weight really spiralled,” he explained.

“I ate lots of convenience foods as I worked shifts. Whenever I cooked I’d use full-fat ingredients and I’d drink full-fat drinks too.”

He added although he wasn’t a frequent drinker, but he could easily put away eight pints if he was on a night out with his friends.

After his theme park humiliation, Andrew, who enjoyed skateboarding, snapped his ankle in an accident.

His recovery didn’t go smoothly and he developed lymphedema and cellulitis when his ankle got infected.

In his early 40s at the time and struggling with his physical health, Andrew had started to think about getting older.

“Those triggers make you think: ‘I’ve got to sort myself out so I can be there for my kids’,” he said.

With encouragement from his wife Natalie, Andrew decided to join Slimming World - but he was reluctant to get going with the process.

“Before joining, I’d done that typical bloke thing several times, when I was convinced I could lose weight on my own. But every time I started, it would last three or four days,” he said.

“I just thought Slimming World was a women’s thing.”

He added he was “nervous as hell” walking into his first session with his group, and didn’t tell anyone other than his wife he’d even joined the weight loss club.

But during his first week of a new eating plan, which saw him fill up on healthier foods so he wasn’t feeling hungry, he realised he really enjoyed the meals he was cooking.

At his first weight in a week later, Andrew was nervous to see how he’d got on.

He said: “When I stepped on the scales, I was so disappointed because I didn’t see the pounds go down at all.

“But then I looked to the left and realised the stone count had dropped. I’d lost a stone in my first week.

“It was a real turning point for me, because I realised I’d managed to lose that weight while enjoying absolutely everything I’d eaten.”

His incredible first-week success spurred Andrew on to keep up the good work and, for the next year, he didn’t miss a single weigh-in.

As the weight continued to drop off, Andrew’s friends and family started to notice his transformation, and the compliments made him feel incredible.

He recalled a funny incident where he saw his sister-in-law three months after starting Slimming World.

“Her face dropped when she saw me - she thought I was ill. But then I told her I’d intentionally lost it and she smiled and said, ‘That’s amazing’!”

After 12 months of following a new healthier regime, Andrew lost a phenomenal 13 stone.

“It was fantastic. I don’t mean this in a big-headed way but I think my weight loss influenced other people in my situation. They could see a bloke like me doing it which proved it could work,” he said.

Despite his group being more or less full of women, Andrew also made friends for life among his weight loss community - and they’ve continued to support him long after he’s left the programme.

After coming down to the final 10 of Slimming World’s Man of the Year contest for his incredible achievement, Andrew spent his prize money on a new bike.

For much of his adult life, he’d been put off cycling which reminded him of a dreadful teenage job working in a bike shop.

But he decided to sign up for a London to Brighton bike ride in 2017 to raise money for charity and caught the bug for the sport.

The following year, he rode from London to Amsterdam in support of Brain Tumour Research.

But Andrew’s physical and fundraising efforts weren’t finished yet, and he rode from London to Paris in 2019.

His latest incredible feat saw him complete Deloitte’s Ride Across Britain, which covers 970 miles around the UK from Land’s End to John O’Groats.

He cycled for a local charity, St Catherine’s Hospice, which helped him out years ago while he was struggling with Lymphedema.

“It’s hard to find someone in my area who doesn’t know someone else who has had care from St Catherine’s,” he explained.

“My mum was a midwife all her working life and she had links with the hospice too. They really are fantastic.”

Although he admits there were some “tough times” during the ride, Andrew, who is now the fittest he’s ever been, said it was one of the best things he’s ever done, just behind getting married and having kids.

Have you had an incredible body transformation? Email jessica.taylor@reachplc.com

He has also managed to raise an astounding £3,000 for St Catherine’s Hospice.

After spending the last four years training hard for extreme physical activities, the dad-of-two already knows what’s next for him.

Ride Across Britain will return in 2022 from 10th-18th September. For more information and to book your spot visit: www.rideacrossbritain.com/