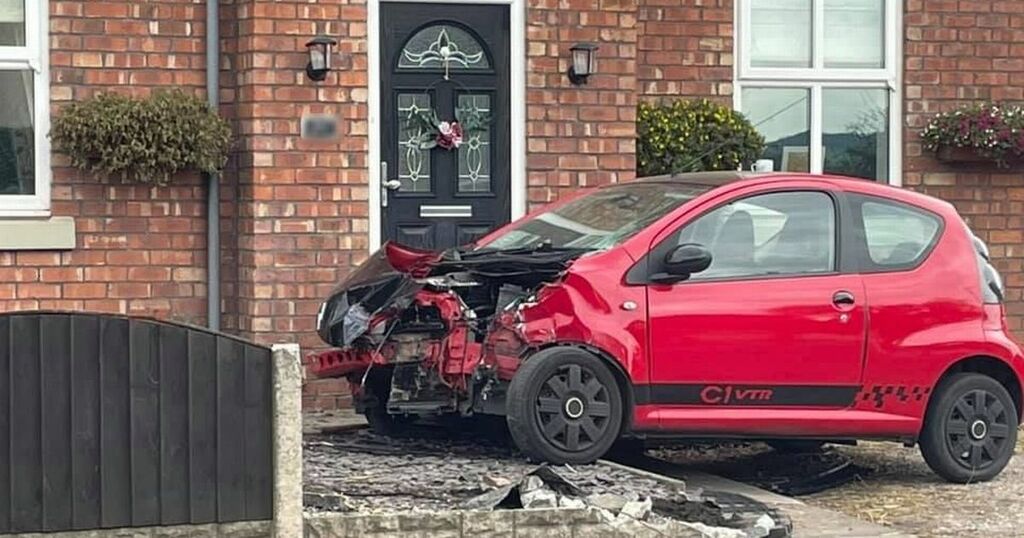 A suspected drink driver caused "carnage" among family homes and narrowly avoided a dad who was about to put his newborn baby into his car.

The terrifying crash happened on Moss Lane in Burscough on Saturday evening (September 11).

Photographs taken of the devastation show the extent of the wreckage caused by an Audi which reportedly ploughed into cars and garden walls before eventually crashing into another motorist.

READ MORE: Buses hit by 'perfect storm' as services across Liverpool are cancelled

Community nurse Stacey Boden spoke to the ECHO about the damage caused to properties on the street.

Stacey said: "I was in the kitchen, and heard the most horrendous noise - a noise I had never heard before in my life. It sounded like a bomb had gone off.

"I'd run to the living room and through the front window all I could see was white smoke.

"I opened the front door and ran into my son's car. It had been picked up and hit the front of my house and was on my doorstep."

Photographs taken by Stacey show the damage done to the Audi and to nearby properties.

The mangled front of Stacey's son's car can clearly be seen in the images, as well as several walls which were demolished by the impact.

In addition to the damage caused, Stacey claims one of her neighbours was only seconds away from being hit.

She said: "My neighbours were putting the baby in the car. They were outside and he'd just put the pram in the car and had the boot open.

"He just went back in to get the baby it was hit. They were seconds away from killing him and a new born baby."

Stacey added: "The Audi then hit the wall and all that shrapnel went through the house and smashed the living room window where they were.

"Then it's come hurtling down the road from those houses to my house on three wheels and hit my son's car and damaged my car."

The Audi is then said to finally come to a halt when it crashed into an oncoming Lexus.

Stacey said: "As I came out and looked the driver was just opening the car door as was the lady in the Lexus so I went straight out."

Stacey helped both drivers out of their cars and checked that they were not seriously injured.

She added: "I'm just amazed that nobody died. If my son's car hadn't been out the front then the Audi would have come through the house!"

Stacey said she has had to take days off work as a community nurse and cancelled patients due the damage caused to her own car.

Stacey has previously petitioned to have greater speed restrictions put in place on Moss Lane due to the speed of cars travelling down the road making the street "a nightmare to live on."

She added: "We've tried before to get something done about the speed limit - I even said shove a big yellow box outside the front of my house I don't care if it means I can pull on and off my drive safely."

Lancashire Police said a 24-year-old man from Ormskirk was arrested on suspicion of drink driving and was taken to hospital following the crash.