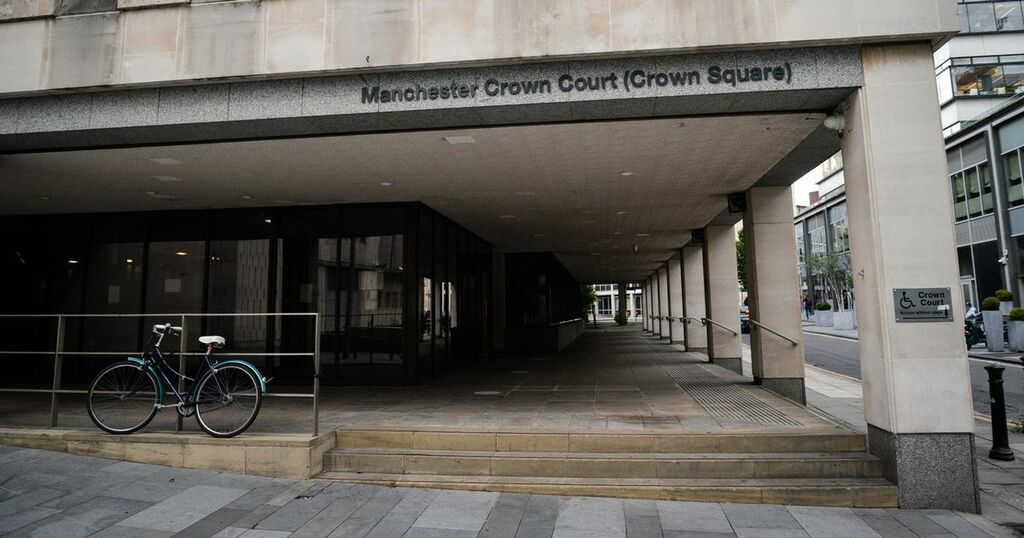 A 'frightened' dad who agreed to act as a courier for a drugs gang after his son got in debt had a shotgun strapped to an ironing board delivered to his house.

Andrew Norris, 51, became a 'guarantor' for the debt and started making deliveries for the gang, which flooded the North West with cocaine and amphetamine.

A man came to his house with a shotgun in a bag, strapped to the underside of an ironing board, and told him someone would pick it up the next day.

READ MORE : Paedophile caught with bag of alcohol and condoms

They didn't, and police later found it at his home along with a kilo of cannabis and £12,000 in cash.

Norris was part of a Salford and Wigan based gang headed by 35-year-old Michael Doyle.

"It is the Prosecution case that between June 2019 and December 2019, an organised crime group headed by Michael Doyle was involved in the supply of controlled drugs in and around the North West of England," prosecutor Andrew Scott told Manchester Crown Court.

Police believe the drugs seized from the gang could be worth up to £456,000.

About a kilo of cocaine and 25 kilos of amphetamine was recovered, as well as hydraulic presses, adulterant to bulk out the drugs and scales.

Members of the gang used encrypted phones to try and avoid detection, including 'Cloud 9' and 'KPN' devices.

Officers conducted covert surveillance to track the movements of the drug dealers and record meetings.

Michael Ellis, 48, Lee Jones, 46, and Glenn Muddiman, 39, stored the cocaine and amphetamine, mixed it with adulterants and re-pressed it using hydraulic presses.

Muddiman was found with 25 kilos of amphetamine and three quarters of a kilo of adulterant at his home. Officers recovered 21 kilos of adulterant when Jones was arrested.

Police seized more than £28,000 from him when he was arrested.

Daniel Partington, 33, Darryl Jennings, 34, and Norris acted as couriers for the gang.

In a basis of plea document, Norris said his son had accrued a debt he couldn't pay.

Norris tried to help financially but was told the debt had increased.

"The defendant was frightened for his son and was desperate to protect him," it read.

"To protect his son the defendant agreed to be responsible, a guarantor, for his son's debt."

He was told to collect and transport packages.

"He would receive a message giving a location or postcode where he was required to meet someone.

"Sometimes he was given a name, however he would see the same people using different names."

In December 2019 a man came to his house with an ironing board, which had a shotgun in a bag taped to it.

He was told someone would pick it up the next day, but it was in the house for a week before the police arrived, the court heard.

In other basis of plea documents, Jones said be became involved after receiving 'threats and intimidation'.

Muddiman was involved for nine days and was introduced by Jones, who was an 'old football friend'.

Sentencing for all defendants except for Michael Doyle is expected to take place later this week. He will be sentenced at a later date.

Norris also admitted possession with intent to supply cannabis and possessing a shotgun without a certificate.