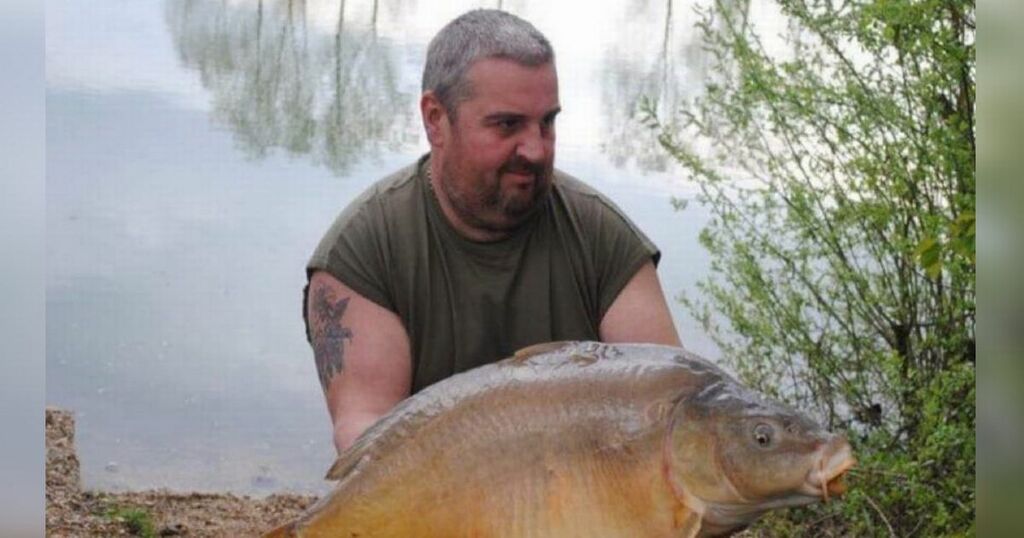 An LFC supporter spoke of his 'panic' when he woke up paralysed one morning.

Dad-of-two Darren Wycherley, 55, said he was in 'a state of panic' as he shouted for help upon realising he couldn't move his body.

The Widnes man's partner called an ambulance while his son rushed up from down the road. Darren's spine collapsed due to thoracic discitis, an inflammation between discs of the spine.

Darren, originally from Speke, spent 352 days in hospital. For those first six months five years ago, he was unable to move. He still is paraplegic

He told the ECHO : "I'm the lad who used to run around everywhere and have the time of his life and be the centre point of parties, fun boy dad. That was all gone."

Then one day, his toe twitched as a physiotherapist dragged a paperclip on his foot searching for reaction from a live nerve. A week later, he could move five toes.

It gave him hope that he might walk again one day, and with it, the drive to plough through physiotherapy. Now Darren can move himself from his bed to his wheelchair with the help of a Zimmer frame.

The lack of mobility changed the dad of two's body. He sheds a tear when he catches a glimpse of his reflection as he looks out windows.

He tries to focus on the future rather than holding onto the past, finding a silver lining where he can. Sometimes that's in the equipment he uses to help him move through life.

Darren said he felt like a child opening the present he wanted when he got an electric wheelchair two years ago. It gave him the freedom to move around without someone pushing him.

He told the ECHO : "It opened so many doors for me. I'm back again. I can go out now. You can drop me off and I can just do my own thing. I can go into shops, spend my own money and go and do what I want to do.

"I can go back to games. I started going to Liverpool games again. It was brilliant. It opened so many doors for my social side, which was massive because I suffered with depression and anxiety just looking at four walls all the time.

But an incident last week left him 'in shock', and he fears he will now spend days or weeks cooped up at home.

Darren said a car reversed into him as he chatted to someone moving a wheelchair into the back of a car in the disabled parking area outside Morrisons in Widnes on Friday, September 10.

He said his partner's shouts alerted him to the reversing car. Darren then shouted at the driver to stop. If he hadn't, Darren said he might have got knocked over.

Darren told the ECHO : "To see a big car coming at you, it's a bit scary. It was just a state of panic. Get out the way, get out the way. But it was too late, he'd hit me."

The Widnes man said the driver told him he hadn't seen him, and when Darren moved off the road to let cars pass, expecting the driver to follow, the car drove off.

He told the ECHO : "I was always aware that drivers can be bad, drivers can have a slip of the moment in thought, but to experience first hand and be disabled and not be able to react like an able-bodied person can, it's quite worrying. It really was.

"The whole incident left me in shock, you know, to just drive off and leave, with no 'are you okay?' and no 'sorry."

Darren came out of the incident unharmed except for a tender feeling the following day.

His wheelchair must be assessed for damage however while he waits, Darren's mobility is limited and his freedom reduced.

Darren told the ECHO : "I'm just annoyed more than anything, and angry that another person could do that and not even address it."

A spokesperson for Cheshire Police told the ECHO: "At 6.50pm on Friday 10 September police received an online report of a collision involving a car and an electric wheelchair.

"The caller reported that around 2.15pm that day, a grey/silver Mercedes reversed into his Quantrum Pride electric wheelchair on the car park outside Morrison’s at Green Oaks Retail Park.

"The driver of the car spoke to the wheelchair rider following the incident but failed to pass his details.

"He was described as an elderly man, of medium build, with grey hair and glasses.

"The rider of the wheelchair sustained minor injuries, but did not require any medical treatment. His wheelchair was also damaged as a result of the incident.