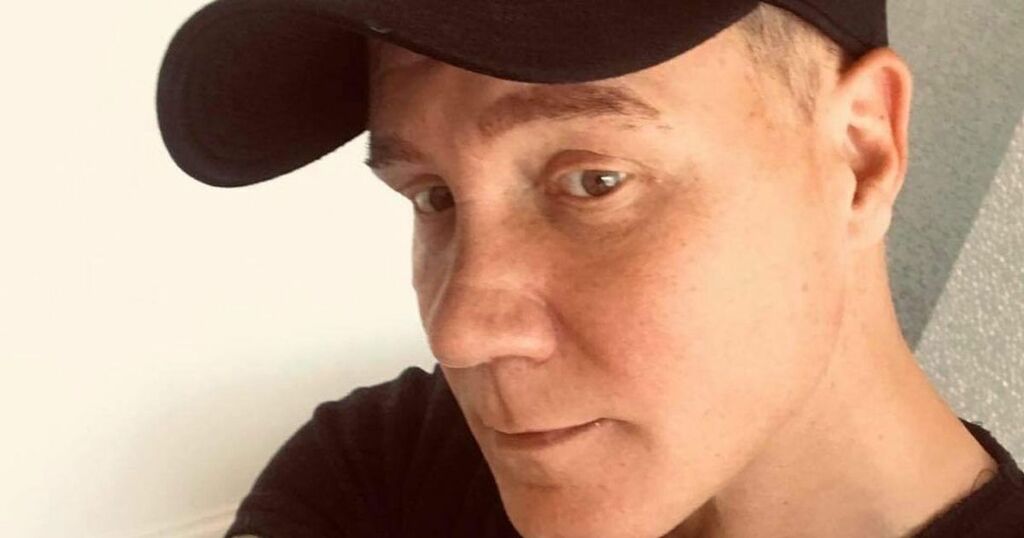 A dad and son sat they are 'freaked out' after capturing a shadowy figure on camera hovering around their spare bedroom like the ghoul out of terrifying horror The Conjuring - but they're too scared to call a medium in case they '**** off' the entity.

Marc Wahlberg has been wary of the room in his Oldham home for a couple of years as his three dogs avoid it and growl at things in there, while mysterious footsteps can be heard despite it being empty.

After noticing 'strange smells' and items moving on their own, son Zachary, 26, set up a camera in July to investigate and what they caught has left the previously 'sceptical' duo convinced that some eerie forces were at work.

Shots captured after the motion sensor was triggered reveal a mysterious black shadow crossing the room, in what Marc likened to a scene straight out of horror flick The Conjuring.

The 49-year-old painter says the photos have 'shocked' him and Zachary and people have urged them to call in a medium, though the duo fear annoying the spirit so have resolved to put up with it until they move out next month.

Marc said: "It's been happening for the past two years. Things would go missing, I'd hear strange noises. But I didn't think too much of it.

"Things will go missing too. I always leave my wallet downstairs, at the side of the microwave, but next thing I know it's in a drawer in the upstairs room.

"My son, Zachary, has a tendency to leave his keys by the door, but then they'll end up in the middle of the kitchen floor. These are heavy keys - they don't just drop. You'll hear the dogs barking, come downstairs and the keys are on the floor.

"So when Zachary came to stay with me, I gave him the back bedroom and he kept saying he was smelling strange smells. Initially I just thought 'Oh, whatever, it must be the neighbours'.

"Zachary likened the smell in the room to like a bin being wide open. He always has candles on to try and mask it.

"I'm a bit of a sceptic, so I didn't really believe in any of this supernatural stuff.

"Zachary decided he'd had enough and got himself a camera that took still photos, but it didn't do videos. It had a motion detector on it.

"When we saw what had triggered it to take pictures, we were thinking of everything we could to try and debunk it. We thought it surely must have been a fly going onto the lens or something.

"But this shadowy thing would appear beside the bed, in the corner, above the bed, everywhere. We had no explanation for it whatsoever.

"We just started researching everything to try and figure it out. We kept going back to questioning whether it was a fly, but I thought 'You can see right through it, how can that cause a black shadow like that?'

"It creates a really uneasy feeling. Zachary hates flies, he can't stand the sound of buzzing, so he keeps his window closed and always checks when he comes in. It definitely wasn't a fly.

"I don't know what it could be. But when I saw the orb shoot up on the video, that made me think 'This isn't just some fly or some blur'.

"It reminds me of The Conjuring."

The eerie images have prompted previous sceptic Marc to reconsider his beliefs and has left him and his son 'creeped out'.

Marc said: "It shocked the living bloody daylights out of us. It's something we didn't expect.

"You can watch as many programmes as you like about the paranormal, but until you see it or experience it, you won't understand it."

Marc's three chow-chows, Mishka, four, Yashma, four, and Thor, two, are all terrified of venturing upstairs and have been known to growl at seemingly empty space.

Marc said: "My dogs would start looking in corners of the room and growling. Then you start to feel unnerved. Especially when it's all three of them looking up into one corner, it really creeped me out.

"Even if you stand in the way of their line of vision, they'll move aside to keep growling at the corner.

"I've had people mention getting some scent sticks or getting a medium in. But I'm already moving in a few weeks, I don't want to **** it off so it follows me.

"It makes you think back on the things you used to debunk. I'm definitely going to carry on documenting it to see what happens."