A dad and daughter who died in a house fire have been pictured for the first time as heartbreaking tributes are paid.

Long distance lorry driver Paul 'Archie' Scott, 58, and Mia Scott, 14, both died at the scene of the blaze in the village of Distington, near Workington, Cumbria, on Sunday.

Two further casualties were taken to hospital, with initial emergency calls made at 4.47am.

Archie and Mia's family have today released two pictures in loving memory of them via police.

The teen has been described as "an amazing and loyal friend" who will be missed by all.

And her dad as a "true gentleman" who was "well-liked by all".

Have you been affected by this incident? Let us know at webnews@mirror.co.uk

Neighbours were evacuated from nearby properties in Toll Bar Houses as firefighters tackled the fire, with a total of 28 people checked over by paramedics.

Heroic black Labrador puppy, Ged, disappeared from the home after alerting his family to the fire.

A pair of jeans could be seen dangling from the upstairs window, as if they had been used as a makeshift rope.

The property's tiled roof had been decimated, with an adjoining property also extensively damaged.

Workington Academy’s Executive Headteacher Des Bird said: “The whole school community is shocked at this incredibly sad news and we offer our deepest sympathies and condolences to all Mia’s family and friends.

“ Mia was such a kind and caring girl, who was always smiling and helping others. She had the most infectious sense of humour and would always see the good in every situation.

"She was an amazing and loyal friend who will be sadly missed by all of the teachers and students in our school.”

“Workington Academy is part of a close-knit community and the loss of Mia and her father will be felt keenly by very many people.”

The head added: “We will be holding assemblies to remember them and to ensure that everyone knows there is specialist support available for both our young people and our staff.”

Paul worked for Thompsons Plant Hire, based in Flimby, around 10 miles away from his home.

A spokesperson for the firm said: "It is with great sadness that we notify you of the passing of Paul 'Archie' Scott.

"He tragically lost his life along with that of his daughter as a result of a house fire in their home at Distington during early hours of Sunday morning.

"Archie was a true gentleman and was well liked by all and will be greatly missed.

"Our deepest sympathy and condolence goes to his family and friends at this very sad time."

The incident is not being treated as suspicious.

A local dog walker said he understood Mr Scott and his daughter were asleep upstairs at the time of the fire.

"I'm not sure where the wife was but I don't think she's been hurt by the sounds of it," he said.

"I'm not sure where she was, she might have been at work.

"It's desperately sad," he added.

Another local resident from a nearby cul-de-sac said: "It's all very raw.

"It's tragic and it will affect the whole street."

According to social media, the deceased pair were supporters of their local rugby league team Distington ARL & CASC.

A post by Rugby League Daily read: "Our thoughts are with the family and friends of 2 Distington ARL & CASC supporters who have sadly passed away following a fire in the village.

"A tragic incident rest in peace both."

One Facebook user posted: "So sorry to hear this.

"Recently used to live in that row and the family were lovely people.

"Our thoughts are with them all."

In a statement, Cumbria police force previously said it was working alongside Cumbria Fire & Rescue Service to investigate the potential cause of the fire.

John Beard, chief fire officer of Cumbria fire and rescue, said the fire had spread to the next door property but that crews "did a really good job" to stop it spreading from the roof.

He added yesterday that it was still far too early to know what had caused the fire and that fires of this "severity" were rare. 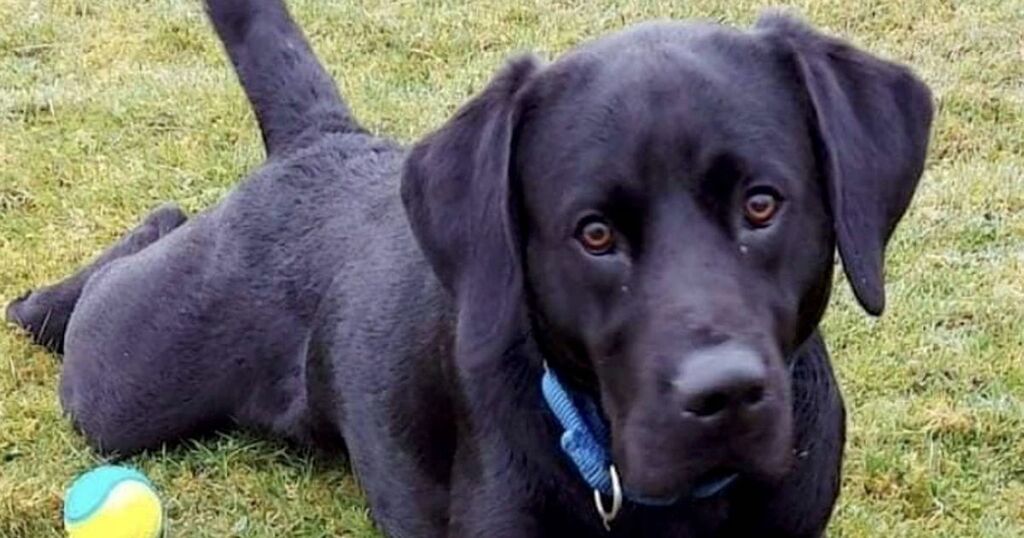 Distington house fire: Hero dog missing after alerting family to blaze that killed two
Labrador puppy Ged hasn't been seen since he alerted his family to a fire that ripped through a house and…

Daily Mirror
One subscription that gives you access to news from hundreds of sites
Distington house fire: Man and girl, 14, die in blaze as neighbours evacuated

One of the men was taken to Queen Elizabeth Hospital with serious injuries, while another was suffering from smoke inhalation…