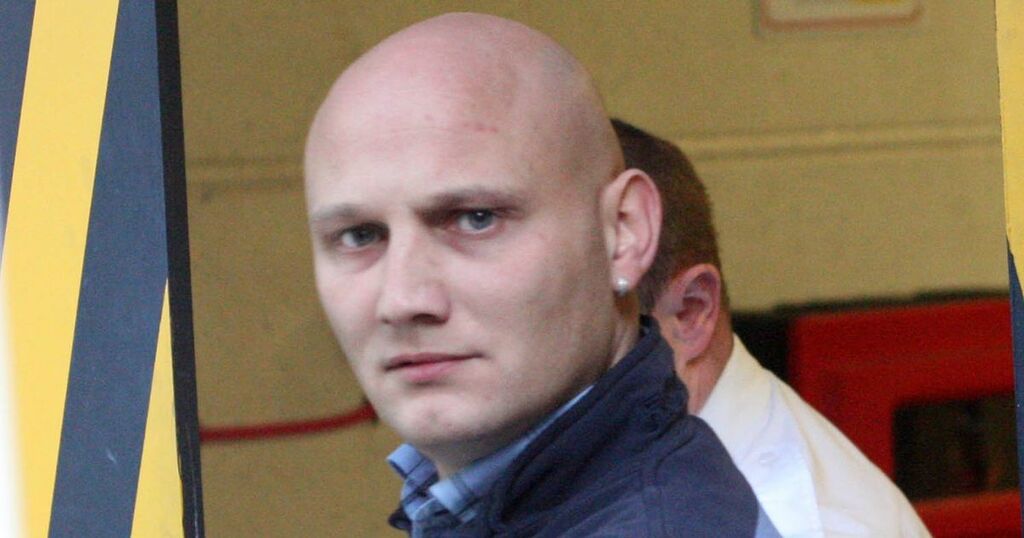 Da Vinci rapist Robert Greens is preparing to be released from prison – sparking fears he will target family members who have disowned him.

The 43-year-old, responsible for one of the worst sex attacks in Scottish criminal history, is currently in Edinburgh Prison and will stay there until his freedom date next spring.

Prison sources said he’s been told he will be freed around March or April, by which point he will have served almost 16 years inside.

The beast was dubbed the Da Vinci rapist for his horrific attack in 2006 on a student near Rosslyn Chapel in Midlothian, a key location in the book The Da Vinci Code.

The 19-year-old suffered horrific injuries which were initially thought to have been as a result of a car crash.

Greens was freed from prison in 2012 under the automatic early release system, having served two-thirds of his sentence. But the following year, he was returned to prison after he broke one of the conditions of his release by visiting the home town of his former wife.

He was again released in 2017 but hauled back to prison after another breach of his release conditions.

It’s understood his family, including his former wife, have been informed by police about his impending release.

A prison source said: “He’s been working in the prison kitchen and keeping himself on the straight and narrow inside, so there’s no reason for them to keep him. He’s served way over his original 10-year-sentence for the rape and has done the time for breaching his conditions.

“He’s not said much about it other than he’ll be out by spring 2022 and will be supervised. He said he’s going to behave this time.”

But a family member, who asked not to be named, said: “This is a nightmare for some of his family as he’ll want to see them and they’re not interested. He’s been a pest over the years trying to contact them.

“The police told us he was getting out as they’re having to prepare for scenes wherever he is housed. He’s so high-profile that people don’t want him living near them and that’s going to end up in protests like before. You can only hope he’s learned his lesson while inside and isn’t going to be a danger to women when he gets out.”

The relative added: “He needs to stay away from Dalkeith and Midlothian that’s for sure. People here won’t stand for it.

“Nobody has forgotten what he did and the fact he tried to blame his brother. The council will need to house him far away from here and hopefully he won’t try and come back.” A senior police source said: “We’ve been notified he’s due for release March or April next year. Plans are being put in place to deal with this and we’ve notified relevant people about his impending release.

“We do not wish to see a repeat of scenes in 2012, when he was first released.

“Appropriate measures will be put in place to reassure the public of their safety.”

Greens raped the Dutch gap year student in a horrific attack near the world famous Rosslyn Chapel, Midlothian, in 2005.

The church features in Dan Brown’s 2003 best-selling novel The Da Vinci Code and the subsequent 2006 Tom Hanks film. His victim had been on a sightseeing visit to the chapel but got lost and didn’t get there until closing time. She then set out to walk to nearby Bonnyrigg to visit a friend.

Greens drove past her in his car, parked in a layby and walked back. He threw her down a steep embankment, then savagely beat and raped her. His victim’s injuries were so awful that a driver who found her thought she must have been hit by a car. At the High Court in Edinburgh in December 2005, Greens admitted dragging her along the ground, sitting on her, threatening her with a knife and asking if she was a virgin. He then repeatedly struck her on the face and raped her.

Greens denied the attack at first, despite damning DNA evidence, and tried to blame his twin brother. He eventually pled guilty and was sentenced to 10 years in April 2006.

Last night, a Scottish Prison Service spokesman said: “We do not comment on individual prisoners.”