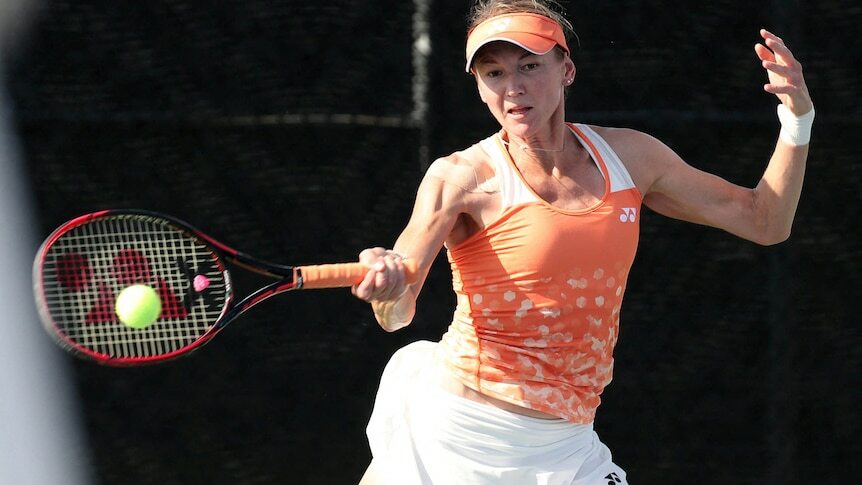 Czech tennis player Renata Voráčová has been deported after her visa was cancelled by the Australian Border Force.

The 38-year-old flew out of Melbourne on a flight to Dubai on Saturday night.

Voráčová, who had already played in a warm-up tournament in Melbourne, was held in the same immigration hotel as Serbian star Novak Djokovic after she was detained by Australian Border Force (ABF) officials on Thursday.

She is believed to have entered Australia last month with a vaccine exemption granted by Tennis Australia because she had recently contracted and recovered from COVID-19.

However, like Djokovic, she was told her visa was cancelled for failing to meet the federal government's requirement that all incoming non-citizens be vaccinated against the virus.

"All travellers who enter Australia must do so in accordance with our strict laws and entry requirements, regardless of their status or their reasons for entering the country," an ABF spokesperson said.

"The ABF employ a multi-layered approach ... this includes avenues to investigate, locate and detain non-citizens who have been found, after their arrival into Australia, to have breached our border entry requirements."

Voráčová is the second Australian Open participant to leave the country.

Sources told the ABC the person who left was a European tennis official, although this is yet to be formally confirmed by the federal government.

Voráčová made her grand slam debut in doubles in 2002 in New York, but has won only one match in 12 appearances at the highest level and is currently ranked 81.

Meanwhile, lawyers for Djokovic have filed court submissions as part of his battle to stay in Australia, confirming he received a medical exemption on the grounds he had contracted COVID-19 less than a month ago and had since recovered.