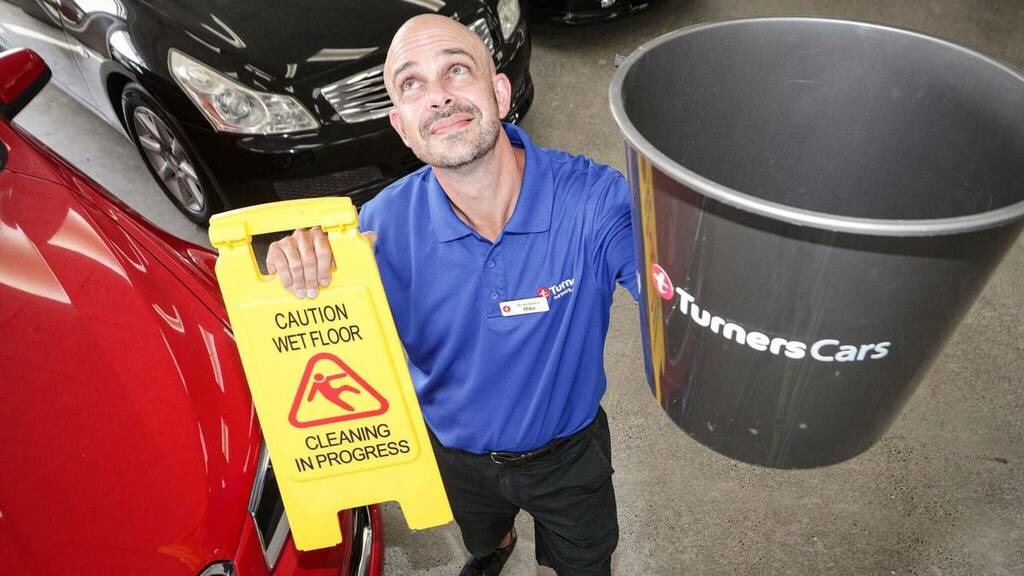 A Hawke's Bay commercial development company has warned its tenants the remnants of a cyclone in the Pacific could cause flooding that will overwhelm council stormwater systems in Napier and Hastings.

MetService says the remnants of category two Cyclone Cody, currently south east of Fiji, could arrive at the north east of New Zealand as early as late Monday.

If it hits - and it's too early to predict accurately if it will - heavy rain, powerful easterly winds, and big seas would be expected in Hawke's Bay. Forecaster Weatherwatch is claiming there could be up to 100mm of rain over a two day period.

Wallace Development Company Limited on Wednesday sent an email to tenants of its buildings in the region letting them know to be prepared for a cyclone.

The email said council systems may not cope with the predicted amounts of rainfall and said if a tenancy had experienced any previous leaks then they should put out buckets to prepare to catch the water overflow.

"We've put a call into the local councils to ask that they check that their stormwater pipes in the CBD are prepared for this event," it reads.

A Napier City council spokeswoman said it was great that companies like Wallace were taking a proactive approach to manage the effects of events like a predicted cyclone.

"It does require a whole-of-community approach. Peopled should clear debris from their gutters and from the culverts and drains outside their houses and businesses."

The spokeswoman said the council network was designed for a one-in-ten-year storm.

"We do carry out regular pump, sump and outfall checks and when rain is forecast like this we do go through all of those and make sure they are clear of debris and ready to go, including making sure our pump stations' generators have back up and diesel."

The council spokeswoman said it had a "master plan" for the city's stormwater system
"but it's a programme of works over a number of years, there aren't quick fixes".

Hastings District council Three Waters manager Brett Chapman said the council was monitoring the situation and would respond if there is confirmation of a significant weather event.

"They carry out inspections and cleaning of our stormwater grates and sumps ahead of any pending event, particularly in areas that we know are prone to flooding."

The Hastings stormwater system is currently designed to cater for a one-in-five-year storm.

Turners Cars Napier was one of the businesses to receive an email from Wallace Development Company Limited. Turners Lower North Island regional manager Sean Butcher said the branch had some issues in the past with the floods in November 2020.

"It didn't affect us directly in the workplace, we just had to move a lot of vehicles to the higher ground in the yard. We also had a few minor leaks in the building."

He said that preparation for potential heavy rain this year would be similar if it looked like it might flood, although he believed that the council would be prepared for that since the previous event.

"I'm assuming the council has probably cleaned things up a little bit since then."

MetService on Wednesday afternoon updated its severe weather outlook to say there was "moderate confidence" that heavy rain and severe gales will affect Hawke's Bay as a result of the cyclone.

MetService meteorologist Angus Hines said there was a possibility for there to be enough rain to cause flooding, particularly when combined with the high seas.

"It's probably something to be wary of, but you should wait a couple more days for the rainfall figures to come in with a bit more confidence before making decisions."

He said Friday and Saturday were looking cloudy with a south-easterly wind flow, with 21C temperatures predicted for Napier and 20C for Hastings on Friday.