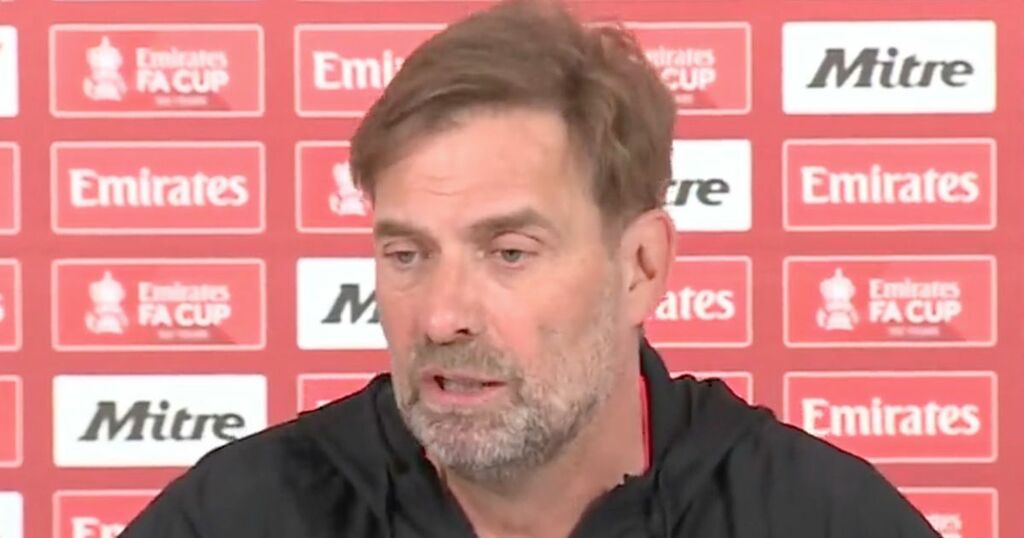 The Reds have won the league and conquered Europe, but have a chance to add up to three more trophies…

Back in February, 85,500 fans packed into Wembley Stadium to witness Liverpool lift the Carabao Cup following a penalty shootout triumph over Chelsea.

When Chelsea goalkeeper Kepa Arrizabalaga ballooned his spot-kick over Caoimhin Kelleher's crossbar it sparked jubilant scenes among the Reds squad and fans who had made the trip to London. It also marked the first domestic cup won by Liverpool manager Jurgen Klopp and the celebrations appeared to demonstrate that the League Cup still had value in the English game having been been increasingly maligned in recent years.

But now it has been claimed that the competition is under threat, with the increase in Champions League group games from six to eight from 2024 adding to an already hectic fixture schedule that has been the focus of anger from a number of top-flight bosses, including Klopp, with Manchester City manager Pep Guardiola having previously called into question the requirement for the League Cup in the modern English game, at least for the biggest sides.

The Daily Mail claim that future of the League Cup is being directly threatened by the changes to the Champions League, which dominates midweek slots for the biggest clubs during the season, with EFL chiefs considering a number of options including allowing big Premier League clubs to field development sides until the semi-final stage, something that they would likely demand significant financial help from the Premier League to allow.

Top-flight clubs are contractually obliged to compete in the League Cup each season due to an agreement signed at the formation of the Premier League in 1992 by the breakaway league and the EFL, then known as the Football League.

Losing the biggest teams for the competition, or at least allowing them to field developmental sides, would cause financial headaches for the EFL. Should the biggest sides use the competition to simply blood their development teams the value would tumble, the domino effect meaning the financial compensation would need to arrive given the moves made to appease some big clubs whose fixture lists are set to become even more jammed.

For Premier League clubs there is no real financial value to the Carabao Cup, although it does offer a pathway to European football via the Europa Conference League. In terms of importance when it comes to the business side of the football club it simply doesn't stack up against the lucrative nature of success in the Premier League and, even more so, the Champions League. Protecting the club's best players to enable them to operate at the highest level that they can in the biggest and most lucrative games will always be a priority.

The winners of the Carabao Cup pick up a cheque for £100,000. To put that into some context, a draw in the Champions League group stages is worth eight times that.

There is a TV deal for the League Cup in place and, according to the Daily Mail, the value for Premier League games in the competition stands at around £9m. Last year Premier League clubs agreed to a £25m rebate of the overall £80m deal after the pandemic saw them push to remove two-legged semi finals.

For some Premier League managers, not having to field a first-team squad for the competition's early rounds may go some way to aiding the issue of coping with a hectic schedule, although Klopp has historically used the competition as a way to keep his fringe players, such as Divock Origi, sharp and getting game time. The ability to do that will remain.

The Reds have won the league and conquered Europe, but have a chance to add up to three more trophies…