PHOENIX – The Cubs made a game-time decision Sunday, placing shortstop Nico Hoerner on the 10-day injured list with a right ankle sprain and activating shortstop Andrelton Simmons from the IL.

Hoerner sprained his ankle in a collision with an umpire Wednesday in San Diego. He said he’s been making progress each day since. On Saturday and Sunday, he tested his injury with light pregame drills.

“All of that stuff is going to give us some information,” Cubs manager David Ross said during Hoerner’s pregame work. “... We’ll see what kind of report I get from the trainers.”

Nico Hoerner testing the ankle again with some pregame drills (along with Nick Madrigal). Ross said a potential IL move would be a game-time decision. Andrelton Simmons is here with the team. pic.twitter.com/BeENDp0RJ8

About an hour before game time, the Cubs announced the move. Hoerner was heading to the IL, retroactive to Thursday.

Simmons joins the active roster for the first time this season, after signing with the Cubs this spring and starting the season on the 10-day IL with right shoulder inflammation.

Simmons traveled to Arizona from a rehab assignment with Triple-A Iowa. He played six games with the I-Cubs, building up his workload. He went 2-for-24 at the plate. But he’s better known for his defensive prowess.

In other injury news...

Cubs right-hander Alec Mills is expected to throw live batting practice on Tuesday. Mills began the season on the 10-day IL with a low back strain, but right quadriceps tightness interrupted his rehab assignment late last month and prolonged his recovery.

Cubs outfielder Clint Frazier (appendicitis) and infielder David Bote (left shoulder surgery) are scheduled to begin rehab assignments in the next few days. While Frazier can rejoin the team whenever he’s physically ready, Bote’s isn’t eligible to return from the 60-day IL until June 6.

Cubs rookie reliever Ethan Roberts’ light throwing session Saturday went well, according to the team, with no issues. Roberts is on the 10-day IL with right shoulder inflammation.

Cubs lefty Sean Newcomb (left ankle sprain) threw off the mound on Saturday. He said he felt strong pushing off the pitching rubber, while still addressing the inflammation in his ankle.

Cubs pitcher Justin Steele set a new career high Sunday, recording 10 strikeouts in the Cubs’ 3-2 win against the Diamondbacks. He was the first Cubs starter to record double-digit strikeouts since Kyle Hendricks in September 2020.

Steele threw six innings for the first time this season, allowing two runs, only one of which was earned. 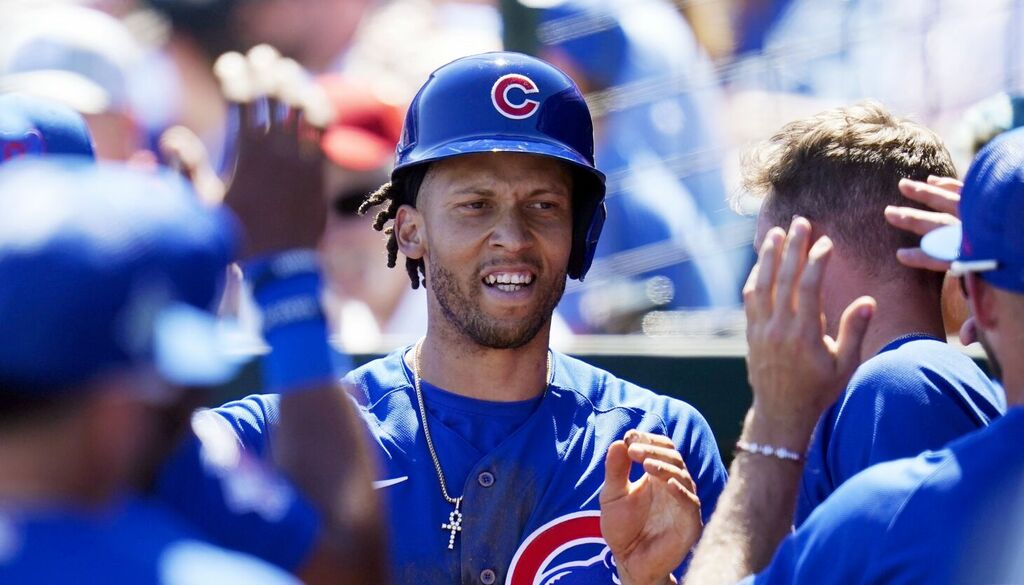 Shortstop Andrelton Simmons makes first start with Cubs to open series against Pirates
Simmons spent the first five weeks of the season on the injured list because of inflammation in his right shoulder.

Chicago Sun-Times
One subscription that gives you access to news from hundreds of sites
‘Batman and Robin’? How new Cubs hitting coaches complement each other