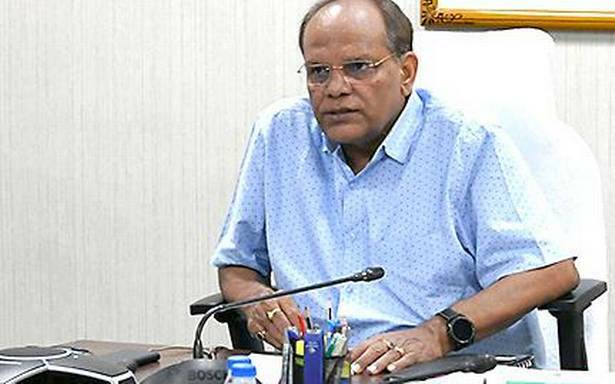 Chief Secretary Somesh Kumar has directed the officials of Horticulture and Industries departments to initiate steps for meeting the five-lakh acre target set for oil palm cultivation across the State for the next financial year.

He recalled that the State Cabinet had approved an action plan to take up oil palm cultivation in 20 lakh acres to ensure that farmers secured better income. The decision comes in the light of the fact that oil palm would give four to five times more income as compared to paddy and the requirement of water would also be less.

A study conducted by the Central government had revealed that most areas in the State were suitable for oil palm cultivation. The Chief Secretary, who reviewed the progress of oil palm cultivation with senior officials, was informed that 18 nurseries were set up and 23.41 lakh oil palm sprouts, sufficient for cultivation in 36,000 acres, were received. Indent had been placed by the companies for 2.11 crore sprouts of oil palm while the farmers were showing interest in the cultivation.

Mr. Somesh Kumar said the Central government had reduced the import duty on oil palm seeds from 30 per cent to five per cent following the request of the State government to help farmers.