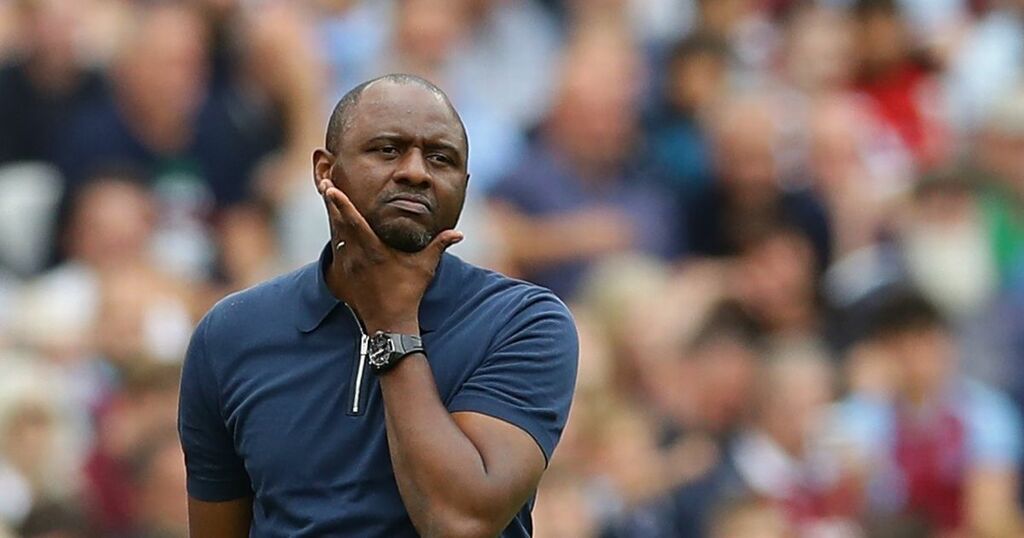 Vieira recently took over in in the Palace hot-seat at the beginning of this season and recorded the first win of his Eagles career over Spurs in spectacular fashion.

The win will be all the more sweet for the Frenchman given his strong ties to Arsenal after his nine years in the red half of north London, the victory not only the first since he arrived at the club but also getting one over on his former rivals.

Vieira enjoys a stunning record against Tottenham from his playing days, coming up against Spurs eight times in the league while at Arsenal, losing just once.

The win also ends Spurs status as the only side in the league this season with a 100 per cent win record, they drop from first to fifth as a result of the 3-0 defeat.

The scores were level at 0-0 for much of the tie, before Japhet Tanganga received two yellow cards in quick succession, the first for a scuffle with Palace talisman Wilfried Zaha, the second arguably even more needless - a late challenge on Jordan Ayew.

After the game, former Manchester United defender Rio Ferdinand slammed the Spurs defender, claiming he cost his side the result.

While on punditry duty for BT Sport, Ferdinand explained: "I was looking after the melee to see if someone got hold of Tanganga. When the game starts again you need someone to calm him down.

"It's a lack of experience and rush of blood. He'll get over it but it cost them today."

Did Tanganga cost Spurs the game? Have your say here.

Zaha eventually got on the scoresheet from the spot, before a stunning brace from debutant and impact sub Odsonne Édouard stole the show.

The former Celtic striker was introduced to proceedings with less than ten minutes to go and found the net with just his second touch for the club.

Vieira admitted it was the perfect start for the forward, explaining: "It’s a dream start for him, We have been playing some good football but that win will give us confidence.

"We have learned a lot and there is still more to come from this team."