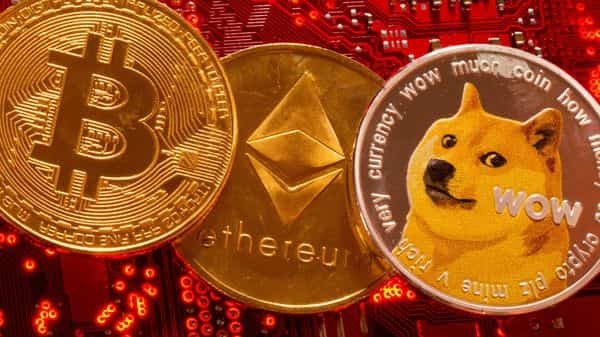 In cryptocurrencies, Bitcoin prices today were trading over 1% lower at $56,383. The world's largest cryptocurrency by market capitalization reached almost $65,000 in April, and is up 94% this year (year-to-date) so far.

“With Bitcoin breaking above $57K, the bulls seem to be holding back the strong buying momentum. BTC is at its highest level in the last 5 months and looks set to cross the $60K mark. However, the RSI indicator is almost 80, which indicates that Bitcoin is very overbought and a decline or correction is imminent. Immediate support for BTC is at $53K and in case of a strong decline, the next support is at $40K," said Siddhartha Menon, COO of WazirX.

Ether, the coin linked to ethereum blockchain, was trading marginally lower at $3,509. Cardano slipped to $2.14 whereas dogecoin gained to $0.22. Other digital tokens like XRP, Uniswap, Stellar also plunged, on the other hand, Binance Coin, Solana were trading with gains over the last 24 hours.

“Ethereum, on the other hand, appears to be weakening against BTC. ETH/BTC can be seen exiting the bottom of the descending channel pattern, momentarily heading below the 0.06 mark. The ETH/BTC trend has fallen below its 200-day moving average today and has fallen by close to 15% over the past week, potentially indicating further declines. The next support could be at the level of 0.056," Menon added.