‘Cry Macho’: Clint Eastwood hits the road in one of his lesser efforts 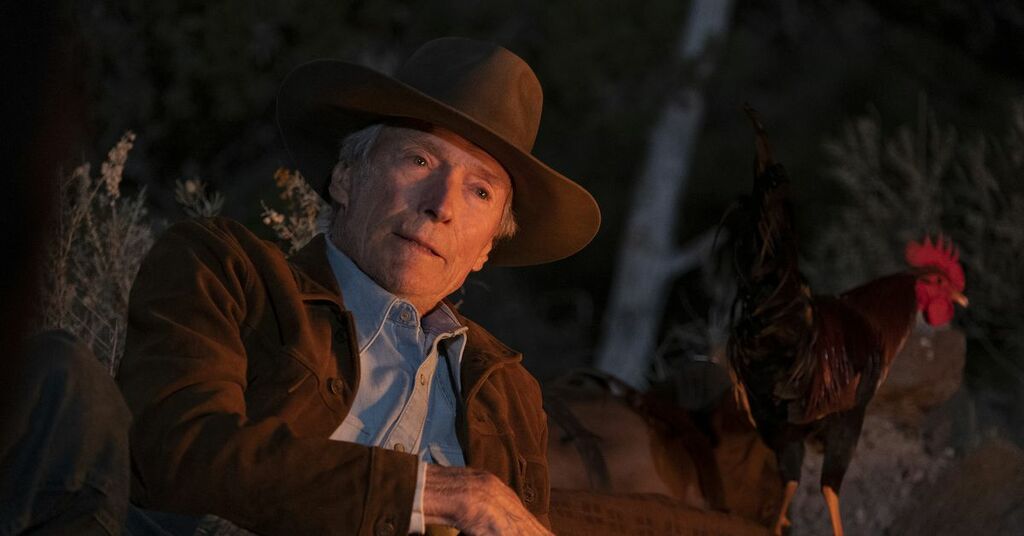 We’re approaching the 50th anniversary of “Play Misty for Me,” the seminal psychological thriller that marked the directing debut for Clint Eastwood, who in the decades since has helmed such lasting works as “The Outlaw Josey Wales,” “Pale Rider,” “Bird,” “Unforgiven,” “Million Dollar Baby” and “Flags of Our Fathers”/“Letters From Iwo Jima.” Even recent works such as “American Sniper,” “Sully” and “Richard Jewell” are evidence Eastwood, now 91, hasn’t lost his touch.

Alas, the sweet-natured and occasionally moving but surprisingly stiff and slight “Cry Macho” is most likely destined to be remembered as one of Eastwood’s lesser works. This is a meandering trifle with very little meat on its bones and thinly drawn characters — especially two beautiful, middle-aged women who exist mainly to find themselves instantly attracted to Eastwood’s Mike Milo, a broken-down rancher and former rodeo star who quite frankly looks like he’s always about to take a nap and in fact does take a nap at one point in the film, as if even Mike realizes the story is so stagnant it won’t go anywhere while he catches a little shut-eye.

Based on the 1975 neo-Western of the same name by N. Richard Nash (who co-wrote the adaptation with Nick Schenk), “Cry Macho” is set mainly in 1980, with Eastwood’s Mike living a solitary existence in Texas after his wife and child were killed in a car accident and his rodeo career was ended by an accident in which he broke his back. Dwight Yoakam plays Howard Polk, who was Mike’s boss for years and continually bailed him out financially — and now Howard wants Mike to return the favor by going down to Mexico to find Howard’s estranged, 13-year-old son Rafael (Eduardo Minett) and bring Rafael back to Texas.

Not to sound callous about Eastwood’s advanced years — we should all be so lucky to live to be 91 and look that good — but even though we eventually learn Howard has previously sent two other men to retrieve Rafael and both failed, it seems a stretch that he’d tab the bruised, battered and elderly Mike for the job, but there you have it.

With Albuquerque standing in for Texas and Mexico and veteran cinematographer Ben Davis (“Layer Cake,” “Avengers: Age of Ultron,” “Three Billboards…”) providing the suitably dusty, wide-open, blue-sky vistas, Mike motors down to the imposing mansion owned by Rafael’s mother, Leta (Fernanda Urrejola), a temptress in a tight dress who is surrounded by scowling henchmen and is apparently mixed up in some bad business. She tells Mike that Rafael is no innocent child; he’s a wild, rebellious, trouble-making teenager who’s at a cockfight even as they speak. Take him if you want him! Oh, and Leta also tries to seduce Mike, and when he resists, she screams at him for disrespecting her.

Sure enough, Mike finds Rafael at a cockfight, where Rafael’s prized rooster, Macho, is about to enter the ring when the cops arrive and break it up. After some clunky introductory dialogue in which Mike explains he’s here to take Rafael to see his long-lost pops in Texas, “Cry Macho” becomes a road movie. Along the way, we have questions, e.g., if Rafael is such a bad kid, why does he suddenly seem like such a nice, naïve, innocent boy? Oh, and if Rafael loves Macho so much, why does he make the poor creature fight for its life for money?

Spoiler alert: We never get any answers.

With Leta’s chief goon and various law enforcement personnel deterring them from heading straight for the border, and matters becoming more complicated when their car is stolen, Mike and Rafael hole up in a small town where there appears to be only one diner, operated by Natalia Traven’s Marta, a widowed grandmother who takes an instant liking to Rafael and a real shine to Mike, and is suddenly giving them room and board out of the goodness of her heart. (For some reason, the diner is almost always closed, with the chairs upside down on the tables and only Mike, Rafael, Marta and the granddaughters making meals and eating.)

“Cry Macho” is filled with awkward, obvious dialogue, as when Mike first tells Leta he’s found her son and she asks him where and he says, right where you told me to find him, or when Mike takes a side road and tells Rafael they’re going to take a side road. We can see that! There’s also a half-baked subplot about Howard’s true motive for wanting his son back, and some speechifying from Mike to Rafael about how the whole “macho” thing is overrated, which is kind of interesting given the plethora of macho characters Eastwood has played through the years but doesn’t really carry much dramatic impact. It’s great to see Eastwood (and his stunt double) back in the saddle in a few scenes in which he breaks some wild mustangs and teaches Rafael how to ride, but “Cry Macho” has us crying uncle long before the underwhelming conclusion.