A dog was found smelling of urine and with matted hair after being left in a filthy room likened to a 'cell' by the RSPCA. Three members of the family responsible have now been convicted under the Animal Welfare Act.

The RSPCA said the German Shepherd called Leo was kept in a bare 5ft by 6ft room at a flat in Covert Road, Oldham. Now, three people have faced a court and pleaded guilty to animal welfare offences.

Leo was kept in the room all day on his own, only being allowed out to eat and drink. He also developed an ear infection, the RSPCA said. After the dog was saved, it was left needing veterinary treatment, reports the MEN.

Her partner, Lee Stewart, 50, also of Covert Road, Oldham, admitted the same two offences under the Animal Welfare Act 2006. He was banned from keeping animals for life. The RSPCA was alerted after a caller advised 'a dog was being kept in a small room and never let out'.

When RSPCA inspectors visited the flat on November 9, 2019, Susan Stewart told inspectors that Leo belonged to her son Michael, who had left him in her care after he moved in with his girlfriend. The inspectors returned to see Newell at the flat the next day when they discovered Leo’s confined living conditions.

Inspector Daniel Tomlinson said in his witness statement: “The room had no natural light, the walls were covered in black dirt. I can only describe this room as a cell." Inspector Danielle Jennings added: “Although Leo appeared to be in a normal body condition, his coat was very dense and matted and I could smell a mixture of urine and faeces. Leo’s eyes also appeared bright red and inflamed.

“No bedding was available, just a concrete floor. I closed the door leading out and was saddened to see the back of the door. Clearly Leo had been trying to scratch and bite his way out.”

Newell agreed to have Leo signed over into the care of the RSPCA and he was taken to the Greater Manchester Animal Hospital for treatment. A vet found Leo was suffering from conjunctivitis and severe ulcerated inflammation of his ears.

Vet Dr Sean Taylor stated: “The room was required to be cleaned out each morning, suggesting Leo did not have opportunities to soil away from the area he had to rest, although a specific comfortable resting area appears not to have been provided.” He concluded that Leo had suffered as a result of a failure to provide veterinary care for his ear infections and by being housed in a “barren environment for prolonged periods”.

Newell was ordered to abide by a six-week curfew as part of his 12-month community sentence and told to pay £522 court costs and a victim surcharge of £90.

In mitigation, the court was told Susan Stewart was a carer for her husband and aunt. She was ordered to complete 25 days as part of her 12-month community sentence and she was also fined £20. The magistrates ordered £512 costs against her and a victim surcharge of £90.

In mitigation, the court heard Lee Stewart was on medication and slept during the day, which made it difficult for him to help the dog. He was fined £120 and told to pay costs of £385 and a victim surcharge of £32. 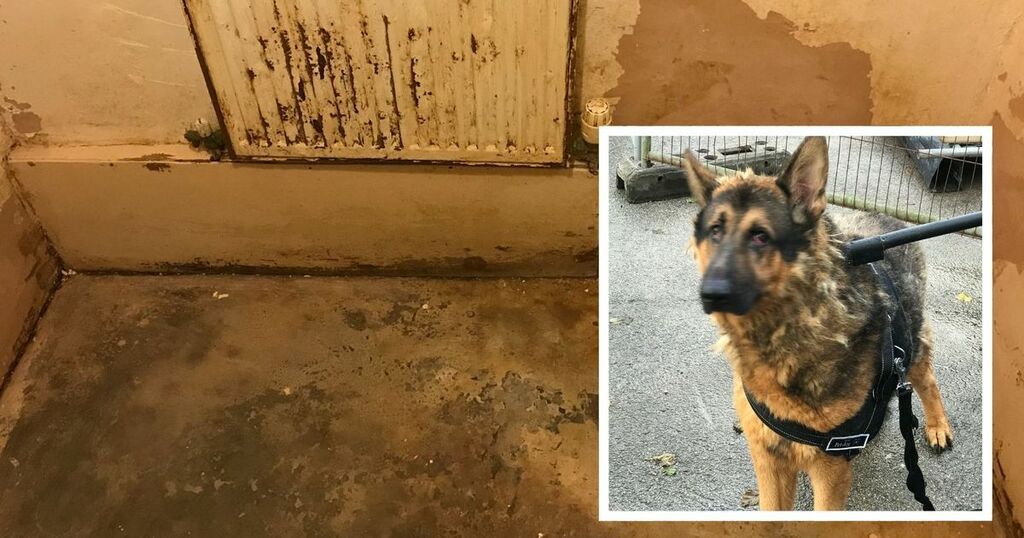 The filthy, disgusting 'cell' where cruel family locked poor dog inside covered in its waste all day
'Leo had been trying to scratch and bite his way out'

Manchester Evening News
One subscription that gives you access to news from hundreds of sites
Filthy, disgusting 'cell' where cruel family locked dog inside covered in his waste

Little Milo, a Shih Tzu, was so poorly that rescue workers struggled to distinguish between his head and rear because…