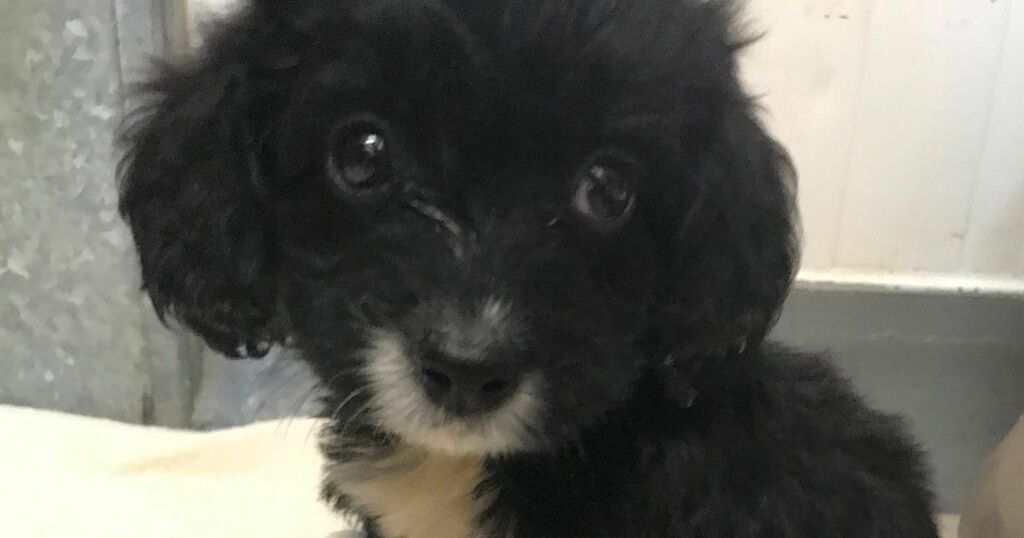 Cruel dog breeders are suspected of dumping 15 sick and unwanted puppies in a crate by a roadside.

It comes as the lockdown dog boom fades as Brits return to ordinary work schedules and social lives.

The whimpering puppies from two different litters were discovered by a passer-by huddled in a plastic crate at Pitsea, Essex, without food or water.

They were immediately taken to a vet but sadly one pup died and three were so poorly that they later had to be put down.

The remaining 11 puppies - all popular cockapoo-types - remain poorly with diarrhoea and are being closely monitored.

Today the RSPCA said it was investigating the dumping of the dogs in the spot close to Basildon Crematorium.

Have you got a story? Email webnews@mirror.co.uk

RSPCA inspector Chloe Frost, who is investigating, said: "It is so shocking that such a large number of puppies were dumped, especially as they were all so poorly.

"They had all been dumped in a dirty crate with no food or water and in such hot temperatures too.

"We're so thankful that they were found as now the remaining pups have a chance of survival.

"We don't know at this stage if they came from a puppy farm and then abandoned when it was realised how poorly they were.

"We also can't rule out that they are the result of a demand for 'lockdown' puppies - and we are concerned about what will happen to more 'lockdown puppies' over the coming months."

There was a huge surge in demand for dogs during lockdown as families made the most of spending more time at home.

The RSPCA and other animal charities have warned they are concerned about a potential increase in abandoned puppies over the coming months as people find they no longer have time for pets bought during the pandemic.

Earlier this year, the RSPCA highlighted the dogs abandoned as lockdown lifted.

The charity said it was bracing itself for a crisis as restrictions eased and people returned to offices.

Animal welfare advocates said they also had concerns that many dogs who had gotten used to having their owners working at home or had never experienced being alone may struggle.

The RSPCA warned that one of the major reasons dogs are relinquished is due to behaviour problems.

The charity warned people against buying animals online or on a whim, as puppy mills and dodgy breeder activity skyrocketed in lockdown.

Anyone who has any information about the puppies in Essex should contact the RSPCA's appeals line in complete confidence on 0300 123 8018.