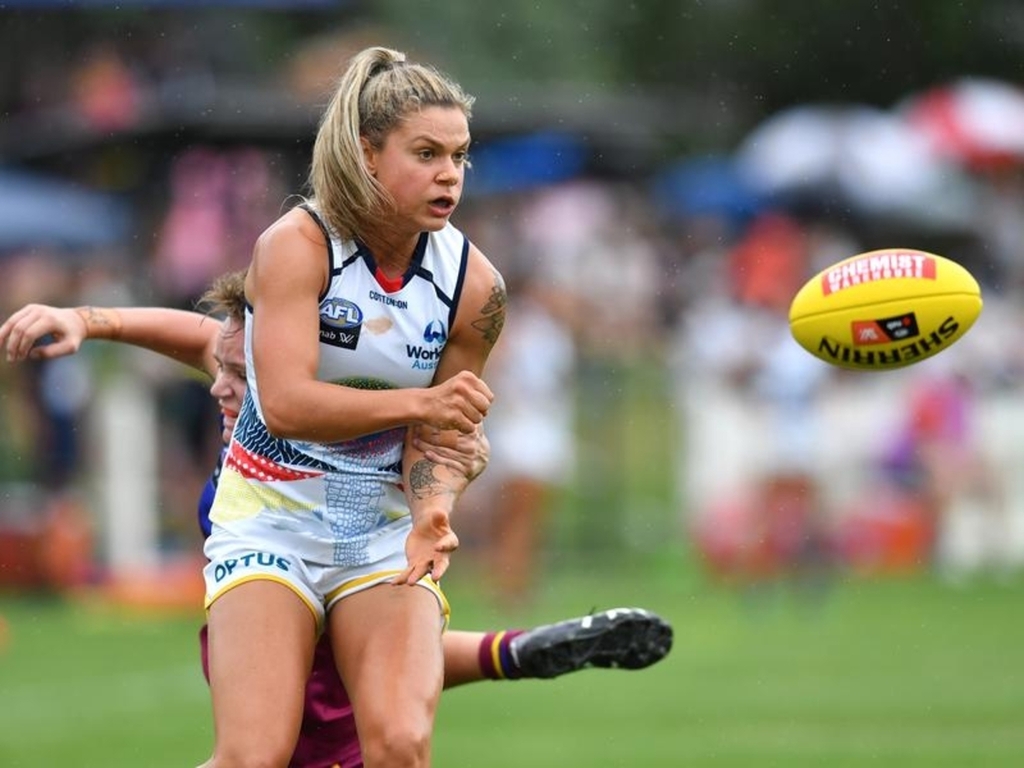 Adelaide have sent an ominous warning to their AFLW rivals, opening their 2022 campaign with a powerful 30-point defeat of reigning AFLW premiers Brisbane.

Sunday's grand final rematch was a tight contest in the first half, but the Lions ran out of steam after injuries to key duo Kate Lutkins (knee) and Dakota Davison (ankle).

The Crows took full advantage, electric forward Ashleigh Woodland booting four goals to lead her side to a comfortable victory - 6.3 (39) to 1.3 (9) - at Flinders University Stadium to the delight of coach Matthew Clarke.

"(The Lions) are a high-quality opponent and suffered two significant injuries in the first half, which impacted the game," Clarke said.

"It's really good for us to start our season strongly with a great win.

"In terms of motivation from last year, that day has been and gone."

The Crows had six changes from the team which lost to the Lions by 18 points in last April's decider at Adelaide Oval.

The most notable was the return of inspirational skipper Chelsea Randall, who missed the grand final with concussion.

Youngster Chelsea Biddell was another addition, justifying her selection with an impressive performance across half-back.

Gun midfielders Anne Hatchard (26 disposals) and Ebony Marinoff (23 disposals) found plenty of the ball, and superstar Erin Phillips was influential shifting between the midfield and up forward.

The Lions' hopes took a massive blow when Lutkins - a three-time All-Australian and best on ground in the 2021 decider - injured her knee just five minutes into the game.

Things went from bad to worse with Davison's ankle injury late in the second quarter.

"I thought our people stuck at it reasonably well, but the opposition set the game up early from a pressure perspective and got us out the back with some scoring opportunities as well," Lions coach Craig Starcevich said.

"But the chaos that comes with losing two key players goes a fair way to trying to steady the ship and manage a team with 19 fit players.

"It became a little bit difficult from that point onwards."

Starcevich said the injuries "didn't look good", with both Lutkins and Davison getting caught in the ground and suffering non-contact injuries.

Phillips put the icing on the cake for the Crows with a superb goal from hard in the right-hand pocket at the start of the fourth quarter.

The Crows will look to make it back-to-back wins when they host the Kangaroos at Norwood Oval next Sunday, while the Lions host Carlton at Maroochydore on Saturday.