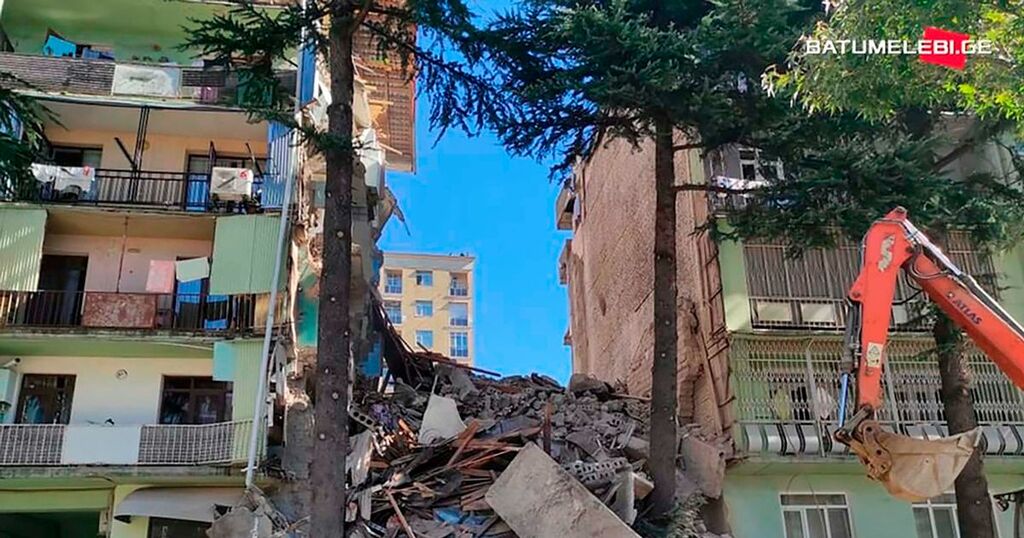 Crowds cheered as a baby was pulled alive from the rubble of a collapsed building.

A gas explosion is believed to have destroyed the residential block in Batumi, a resort on the Black Sea in ex-Soviet republic Georgia on Friday morning.

The blast reduced the building to its component parts which were flung across the nearby streets, trapping unfortunate residents below.

Disturbing footage taken from a building across the street shows smoke rising from the remains as screams ring out.

As news of the collapsed quickly spread, locals joined with emergency service personnel to try and save those caught beneath the rock.

Among their number was a baby.

Video from the scene shows dozens of fire fighters and neighbours desperately pushing a huge block of concrete off the floor.

After straining furiously to move the huge piece of rubble, they break out into cheers as one of their number is able to lift the infant to safety.

A six-year-old child was also rescued from a car parked near the collapsed building which had been hit by a huge concrete slab.

An elderly woman was also saved having been in a higher floor of the apartment block.

The five-floor building was built in Soviet times but two more storeys were added several years ago, according to locals.

The rescue services were still working at the site in central Batumi as of noon GMT.

It was unclear if any residents were killed in the collapse.