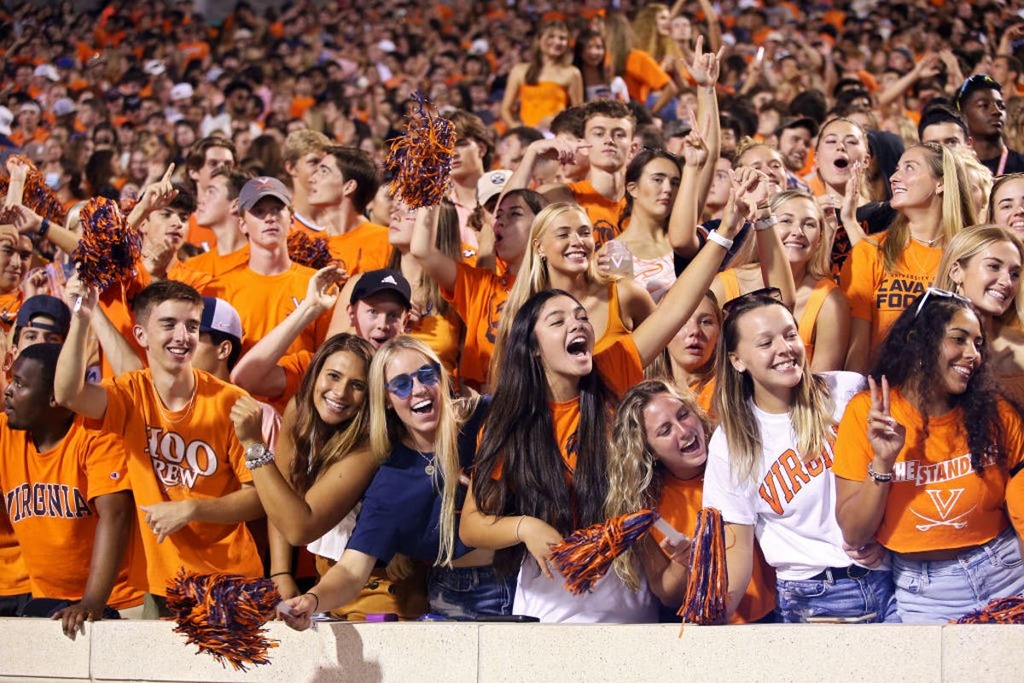 The college football season has resumed with thousands of maskless fans packing into stadiums. "I don't think it's smart," said Dr Anthony Fauci of the huge college football crowds, amid a surge of Covid cases in the US.

Some 110,000 spectators stood shoulder to shoulder at the University of Michigan during the opening weekend of college football, which some have said is bad timing as the country struggles to get to a grips on infections and the highly contagious Delta variant.

More than 20,800 people have died in the US from Covid-19 in the past two weeks, and cases have risen about 67 per cent from the two-week period before, according to Reuters data. Alaska, Kentucky, Tennessee, Washington, Georgia, Hawaii and Idaho have reported record hospitalisations this week, as a result of the disease.

Iowa fan and critical care pharmacist at Johns Hopkins Hospital, Alyssa Sykuta, commented on her team's fans waving to the Children's Hospital behind the stadium before the game on 4 September.

"As an Iowa fan this is one of my favourite college football traditions, but in the context of the past 18 months, it is cringeworthy," she wrote on Twitter. "Maybe a moment of silence to honour kids at @UIchildrens who have been impacted by Covid instead? And for the love of God mask up and get vaxxed."

At many stadiums over the weekend, there were anti-Biden chants. “It was evident in stadiums across the country that America is ready to move on from Covid and the fear-mongers who want to keep us apart and afraid,” said Fox New’s Laura Ingraham, who has criticised safety measures taken against the pandemic and has been accused of encouraging former president Donald Trump to mistakenly believe that hydroxychloroquine could treat Covid.

Penn State, the University of Wisconsin, and the University of Alabama are planning for full-capacity crowds and are not asking for vaccination records. Being outdoors reduces the risk of contamination, but does not eliminate it.

"Covid-19 spreads more easily indoors than outdoors," states the Centers for Disease Control and Prevention, but being in close proximity for more than an hour during a game is not ideal. "Studies show that people are more likely to be exposed to Covid-19 when they are closer than six feet apart from others for longer periods of time."

A handful of colleges, including Louisiana State University and the University of Oregon, are requiring fans above 12 years old to show provide proof of vaccination or a recent negative test to attend their games.

The 2021 NFL season begins on Thursday when defending Super Bowl champions Tampa Bay host the Dallas Cowboys with a capacity of more than 65,000 people. Masks are not required but recommend for the game.