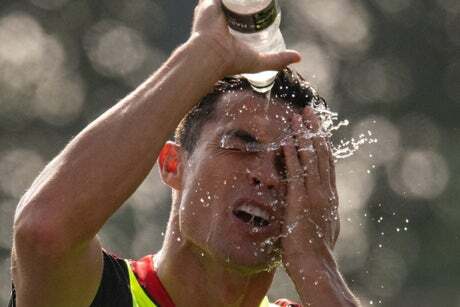 Manchester United are hoping for an "immediate" impact from Cristiano Ronaldo after the forward took part in his first training session since returning to the club.

Ronaldo, who has returned to the club after 12-years on a two-year deal, was released early from international duty due to being suspended and has met with new manager and former teammate Ole Gunnar Solskjaer at the club's Carrington training ground on Tuesday.

The 36-year-old then met those of his new teammates who are not away on international duty before taking part in his first training session.

Manchester United face Newcastle United at 3pm on Saturday, meaning Ronaldo's return will not be shown live on TV, and Solskjaer is hopeful that his new No7 will be involved.

Announcing his official return to training, the club said they hoped Ronaldo would make a swift impact back at the club.

The club said: "It is hoped the striker will be ready to assist the side and begin to have an immediate impact in his second spell at the club."

United posted a video on social media showing Ronaldo walking out to his first session back at the club alongside veteran midfielder, Juan Mata.