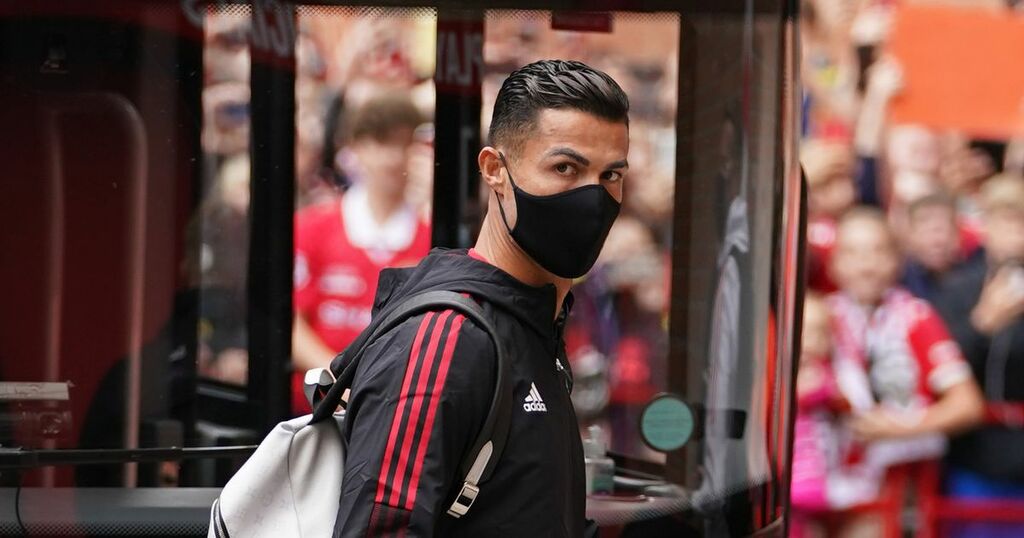 Cristiano Ronaldo has been named in Manchester United's starting lineup against Newcastle as he prepares to make his second debut for the club.

The Portuguese forward has been eagerly awaiting his first game back at Old Trafford since completing his transfer from Juventus on deadline day.

He returned to Manchester early during the international break and has been in training with Ole Gunnar Solskjaer's squad this week as his manager insisted he would "definitely" play some part in the Premier League clash.

And now he gets his opportunity as he leads United's attack flanked by Mason Greenwood and Jadon Sancho.

Solskjaer said before the match: "He [Ronaldo] has been good, trained well and everyone can see why he is still going.

"He is so meticulous and professional in everything he does. Hopefully we get another 5-10% extra from him when he steps onto the pitch."

Solskjaer has a wealth of attacking options at his disposal with Anthony Martial also in the matchday squad.

New signing Raphael Varane is also involved as Solskjaer names an unchanged back five from the team which beat Newcastle, with Harry Maguire, Luke Shaw and Aaron Wan-Bissaka making up the defence in front of goalkeeper David de Gea.

Paul Pogba and Nemanja Matic sit at the base of United's midfield while Bruno Fernandes is deployed just ahead of them.

But it is Ronaldo's involvement which is the real story as a new chapter begins with him back at the club and keen to land more major honours.

Asked his thoughts on whether United could win silverware this season, Ronaldo told former team-mate Wes Brown: “This is why I am here. I am not here for a vacation.

"As I told you, before was good, winning important things and I wore the shirt before many years ago, but I am here to win again.

United are well placed going into the clash having picked up seven points from a possible nine after their opening three games.

Greenwood's late winner against Wolves in United's last match before the international break took his tally to three in three, with Ronaldo's addition to the team now an exciting prospect for the United fans.

"The atmosphere is good around the club, we have started decent with seven points and everyone is excited by Cristiano’s homecoming," Solskjaer added.

"We want to see a real Man United performance and be the best version of ourselves. A balance between enjoying ourselves and working harder than the opponents."

One question which still remains unanswered though, is who will be United's designated penalty taker should they be awarded one while both Ronaldo and Bruno Fernandes are on the field?

Both players have good records from the spot, while injured Marcus Rashford will also be staking a claim once he is back in action.

But boss Solskjaer insisted there will not be any issue over who gets to take up the role, as the final decision will always rest with him.

“Of course, I’ve had a chat with the two of them,’ Solskjaer told a press conference on Friday.

We’ve got two players there who I trust with my life to put a penalty away and that’s a great position to be in.

"They’ll know by the conversations we’ve had, and the conversations we have before games how we sort this and it’s going to be my decision what will happen and I think the two of them will just keep on doing what they do when they’re asked to take the penalties."