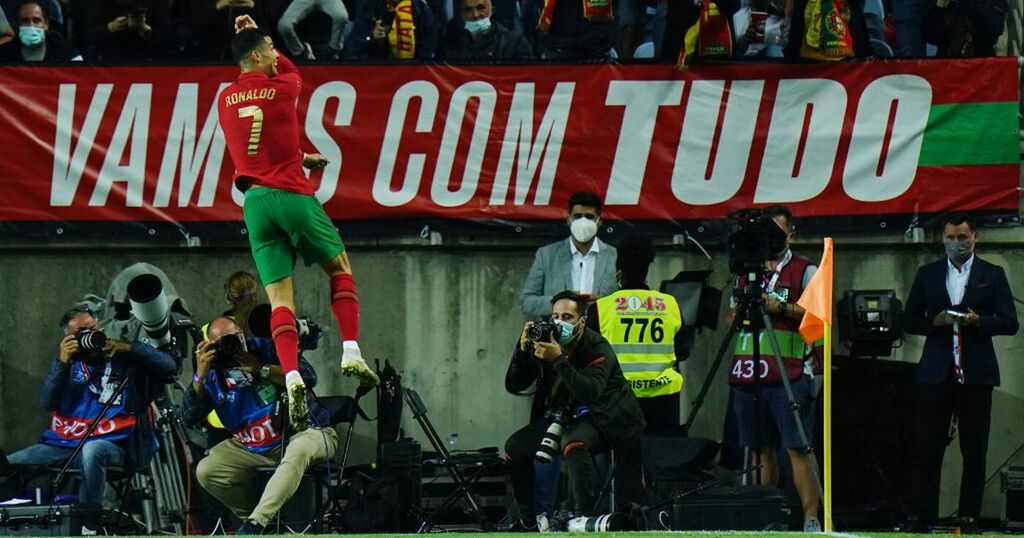 Cristiano Ronaldo has made a compelling case to replace Bruno Fernandes as Manchester United’s penalty taker.

United forward Ronaldo scored twice from the spot and then completed his hat-trick in the second half during Portugal’s 5-0 World Cup qualifying win over Luxembourg on Tuesday night.

The question of who should take United’s penalties has been intensely discussed since Ronaldo returned to the club over the summer.

Fernandes’ stoppage time miss from the spot against Aston Villa in September, a game which United lost 1-0 only encouraged yet more debate, with Ronaldo now making his claim.

Manchester United boss Ole Gunnar Solskjaer can take some comfort amid his defensive injury crisis, after Victor Lindelof came through his latest game for Sweden unscathed.

The United boss will be without both Harry Maguire and Raphael Varane for Saturday’s Premier League encounter with Leicester.

Varane is expected to be out of action for ‘a few weeks’ after sustaining a thigh injury during France’s Nations League final victory over Spain on Sunday.

Meanwhile, Lindelof captained Sweden to a 2-0 victory over Greece in Stockholm and is in contention to start against the Foxes at the weekend.

Manchester United winger Tahith Chong sought Jesse Lingard’s views on Birmingham City before he joined the Championship club on a season-long loan during the summer.

The 21-year-old spent the first half of last season on loan at Werder Bremen, before joining Club Brugge for the remainder of the campaign.

Ahead of his latest loan move away from Old Trafford Chong asked Lingard for his advice, as he spent the 2013/14 season with the midlands club as part of his development.

"Well, before I left, I spoke to Jesse, just briefly, about it as he's been here as well. Chong told Manchester United's official website.