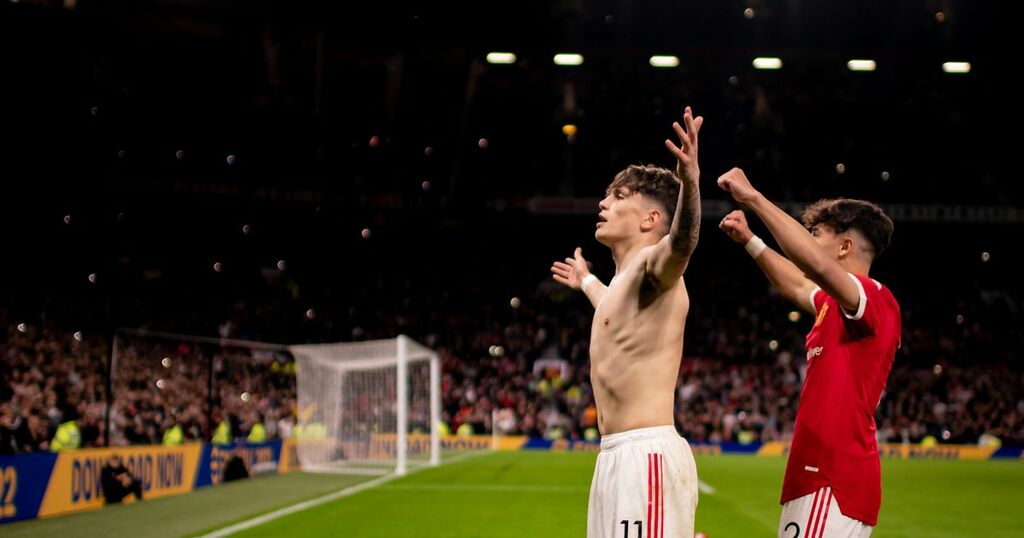 Manchester United's success in the FA Youth Cup this season could lead to even greater success stories.

Manchester United's FA Youth Cup heroes were inspired by a video message from Cristiano Ronaldo before taking to the Old Trafford pitch on Wednesday night.

Ronaldo pre-recorded the message, which was played to the Under-18s in the dressing room ahead of emerging onto the pitch for the final against Nottingham Forest. United's youngsters were playing in front of an FA Youth Cup record crowd of more than 67,000 people but the video message from a player so many idolise was a major motivational tool for Travis Binnion's team.

Several of the squad have had training sessions with the first team, learning from the quality and dedication of Ronaldo, while he has also helped mentor exciting 17-year-old winger Alejandro Garnacho.

It was Garnacho who proved to be the match-winner last night. Captain Rhys Bennett had headed United into the lead but Forest levelled through Josh Powell just before half-time.

With 12 minutes to go Garnacho scored from the penalty spot after United had been awarded a spot-kick for an offence committed outside of the era. The winger celebrated with Ronaldo's trademark 'Siuuu' celebration in front of the Stretford End.

He then added his second and United's third in stoppage time to ensure the Class of '22 became the 11th crop of Old Trafford youngsters to win the Youth Cup.

“We’ve been blown away by the level of support and the level of interest,” Binnion said after the match. "I’m not very often lost for words, but I am a little bit right now.

"I’m so proud of this football club and the academy. It’s a remarkable club to be involved with and I think we need to remind ourselves of that at times.”

Manchester United's success in the FA Youth Cup this season could lead to even greater success stories.