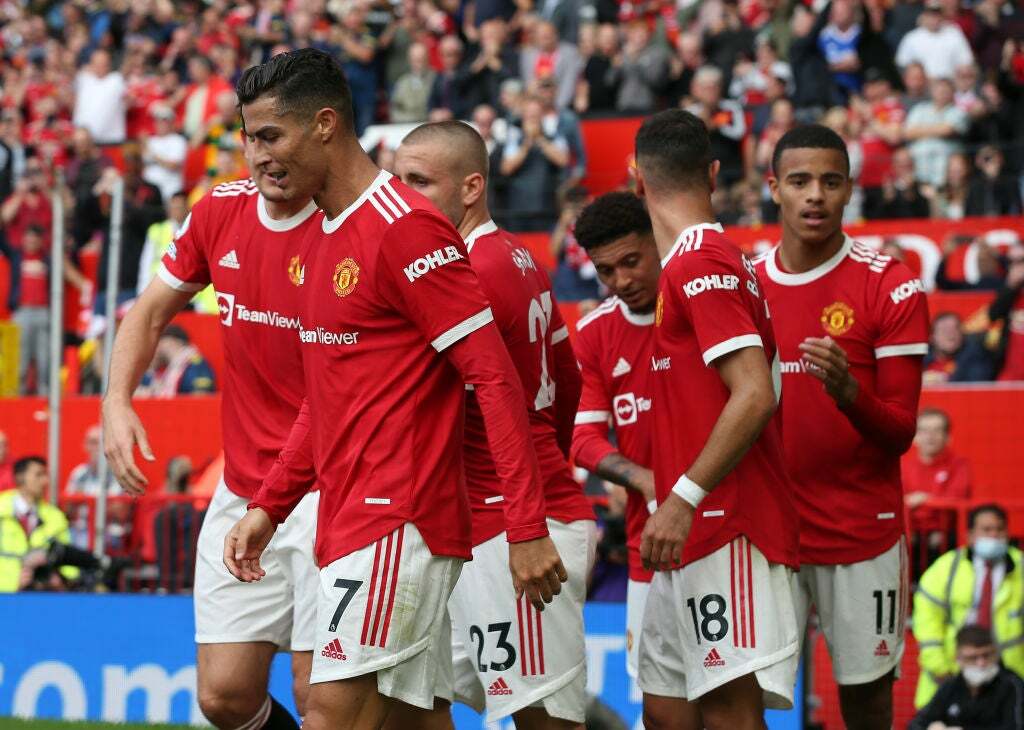 Cristiano Ronaldo has scored on his first game back for Manchester United and noone is surprised.

The 36-year-old completed his move from Juventus on deadline day and was thrust straight into the starting line-up to play against Newcastle on Saturday – the second time he has debuted for the club in his career.

And, not only did the disputed GOAT score – he scored twice.

With all the hype around Ronaldo and the big move, many thought Ronaldo’s appearance on the scoresheet had a certain inevitability about it.

Not just that, but Ronaldo’s goal was also the only one scored in the opening 45 minutes in six Premier League matches.

And, yeah, for all those reasons, everyone had the same reaction after that first goal:

Ronaldo scores. Of course he does.

BREAKING: @Cristiano scores. Of course he does. pic.twitter.com/4UmQ0qGgpi

There are 6 matches being played in the Premier League right now.

Only one goal has been scored in all those matches.

It's scored by Cristiano Ronaldo! pic.twitter.com/7mJ8b5HkiM

Of course he’s only gone and scored in his first game. ❤️

In and out of the stadium, fans were delighted. Ronaldo did not disappoint and, after the goal, he did his first trademark ‘siuuu’ celebration. The spectacle involves the player forward launching into the air, turning 180 degrees and bellowing “siuuu!” as he lands with outstretched arms.

76,000 fans erupting into a full stadium SUIIII was some moment. 😅#MUFC @Cristiano

Many were also obsessed with the reaction of two key figures in Ronaldo’s life – Sir Alex Ferguson and, more importantly, Ronaldo’s mum, who melted hearts with her emotional celebration:

...And then the second came. Cue more praise and excitement:

Welcome to the Ronaldo show. ⚽🔴 pic.twitter.com/dkfxhyvN7S

For the first goal, Ronaldo slotted the ball into the back of the net after Mason Greenwood’s speculative shot was spilled by goalkeeper Freddie Woodman.

The second goal, which put United 2-1 ahead, saw him race onto a through-ball from Luke Shaw and drill the shot through the legs of Woodman.

Not wishing to be upstaged by his compatriot, Bruno Fernandes then made it 3-1 to Manchester United, 10 minutes from time with a stunning effort from long range.

And then Jesse Lingard put the gloss on United’s afternoon by making it 4-1 in stoppage time.

During his first six-season spell at Old Trafford, Ronaldo wore the number seven shirt as he helped Sir Alex Ferguson’s side secure the Champions League and three Premier League titles before moving on to Real Madrid in 2009 at 24 years of age.

He went on to win several World Player of the Year awards amongst Champions League and Spanish title wins.

It’s fair to say he’s back with a bang.