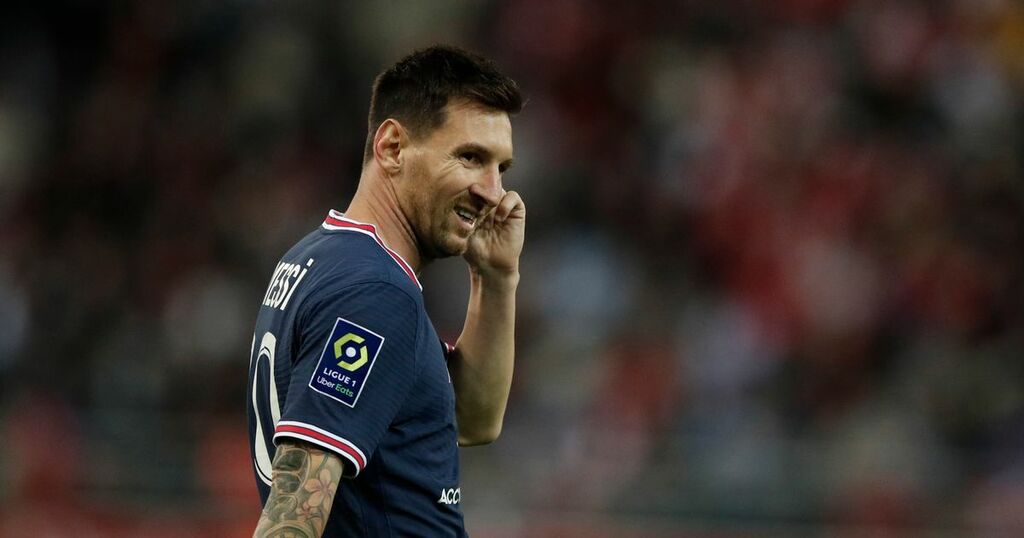 Ronaldo insists it's too early for PSG to be considered Champions League champions elect despite the addition of Lionel Messi.

The French giants completed the signing of the Argentine on a free transfer after his contract expired at Barcelona.

He joins a team that already boasts the likes of Neymar, Angel di Maria and Kylian Mbappe in attack.

PSG utilised the free market effectively this summer, bringing in the likes of Gianluigi Donnarumma, Sergio Ramos and Gini Wijnaldum all for nothing.

The Parisians made the final in 2020 and lost out in the semi-finals last year.

Their Qatari owners have pumped money into the club and are desperate to rule Europe, with many tipping them to finally to do.

But the Brazilian great, who never won the Champions League, has pointed to his own experiences with Real Madrid, where their star studded squad that included Luis Figo and Raul didn't deliver.

"It is still too early to say who will win the Champions League,' Ronaldo said in an interview with DAZN.

"The picture begins to take shape at the quarter-final stage. Paris Saint-Germain are in pole position, but it's one thing to talk and another to play.

"There are many factors that influence the outcome on the pitch. I played for Real Madrid for almost five seasons, in the team of the Galacticos, and I never won the Champions League.

"Winning is never automatic, even if you have the best players in your team, and that also applies to PSG."

The Parisians had to fight hard to keep hold of Mbappe who was the subject of several bids from Los Blancos.

Madrid were keen to add the forward, who has just entered the final 12 months of his deal at the Parc des Princes.

However PSG rejected several huge offers, the last being €200m.

Mbappe has been prolific ever since he burst onto the scene at Monaco and Ronaldo concedes he sees similarities between himself and the World Cup winner, who is expected to follow in his footsteps and eventually move to the Bernabeu.

"Yes, he has similar attributes to me. He has incredible qualities, with remarkable technique that he executes at great speed," he added.

"He gets past defenders, he goes past goalkeepers... And, despite being very young, he's already come a long way. I like Mbappe."

Ronaldo was well known for how often he took the ball round the goalkeeper before slotting home.

He and the young Frenchman share plenty of similarities having both stole the show at a World Cup.

Ronaldo's brace in the 2002 Final helped Brazil claim their fifth, and most recent, triumph.