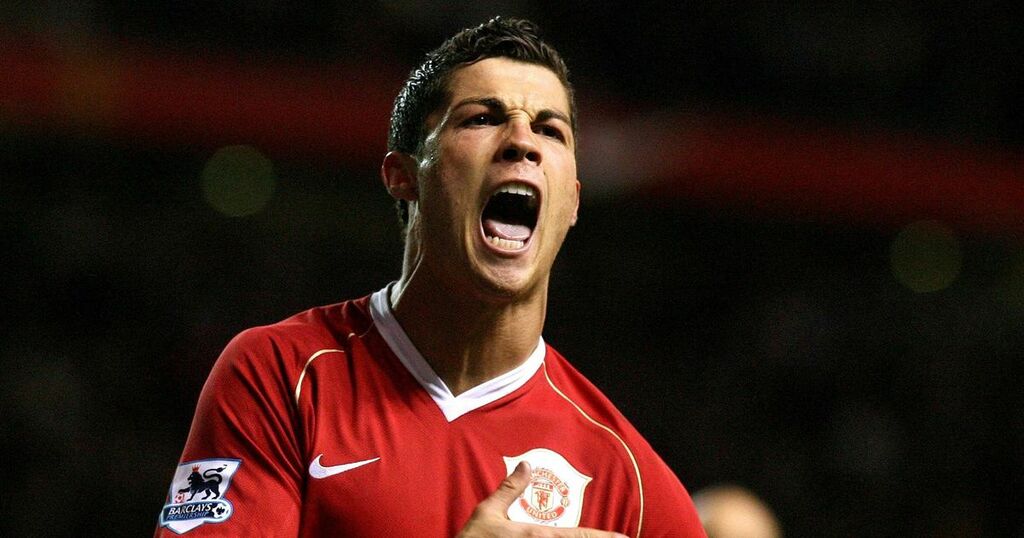 Cristiano Ronaldo has finally returned to Manchester United after 12 years away from Old Trafford, and the 18-year-old prospect that joined back in 2003 is now one of the all-time greats.

The 36-year-old has had a glamorous career, winning five Ballon D'or's, five Champions League's, and during his time at United, Real Madrid and Juventus he has played with some of the best.

However, who has he played alongside most frequently?

After we previously discovered Ronaldo's most common teammates throughout his whole career, it's time to discover who the Portuguese star played alongside the most during his first stint at Old Trafford, as he links up with his new squad.

Edwin Van der Sar joined United two years after Ronaldo made the move from Sporting and became a club hero for six seasons.

The pair celebrated their first Champions League success together as United defeated Chelsea on penalties in the final, and Van der Sar received the man of the match award, sparing Ronaldo's blushes after he missed his penalty.

Gary Neville was a one club man, and spent his entire year at United, sharing the right flank with David Beckham before Ronaldo replaced him as the no.7 in 2003.

Neville became the club captain, and was alongside Ronaldo for all of his trophy success while in Manchester, but will be commentating and analysing the Portuguese star from a studio this time around.

Wes Brown was also at United for the entirety of Ronaldo's first spell, but was rotated around the defence a number of times much to the delight of Sir Alex Ferguson.

The Englishman covered at right-back during their Champions League success and operated at centre-back also, but his playing time was hindered somewhat due to the partnership of Nemajna Vidic and Rio Ferdinand.

Rio Ferdinand was one of the Premier League's greatest defenders, and Ronaldo has often commented on how the English defender was one of the best he had played with.

The defender joined from Leeds in 2002, and spent 12 years at United, departing Old Trafford five years after Ronaldo left for Real Madrid to see out one last season with Queens Park Rangers.

John O'Shea had an extremely successful Premier League career, and won 11 trophies alongside Ronaldo at United.

The Irish legend spent 12 years at United before moving on to Sunderland, where he spent another seven years, registering 226 league appearances with the Black Cats.

During United's Champions League winning season, O'Shea was even used as a striker in some games, as Sir Alex Ferguson had an injury crisis up top.

Darren Fletcher was promoted to United's senior team as Ronaldo joined in 2003, after being offered a professional contract through the youth system, that he joined age 11.

Fletcher and Ronaldo grew into the side together, but the Scottish midfielder's stay lasted until 2015 at Old Trafford, offering a solid 12 years of service to the Red Devils before moving to West Bromwich Albion.

Michael Carrick joined United halfway through Ronaldo's first spell at Old Trafford, as he signed from Tottenham in 2006 for £18million.

Carrick became a key part of United's success towards the end of the Ferguson era, but the Englishman's playing career with the Red Devils lasted until 2018, and the former midfielder is now part of the clubs coaching staff.

Just like Gary Neville, Paul Scholes was a one club man, and even managed to play for the same club twice after reverting an earlier retirement decision.

Scholes spent his entire 20-year playing career at United, and is considered one of the greatest midfielders in the club's history, scoring 107 goals in 499 Premier League matches for the Red Devils.

The Welshman is one of the most decorated footballers of all time, winning 13 Premier League titles, sharing three of those successes alongside Ronaldo under Ferguson.

Giggs was a late substitute in the 2007/08 Champions League final, and his penalty in the shootout was followed by Nicolas Anelka's miss, as United won the trophy.

Wayne Rooney was signed by United from Everton the year after Ronaldo joined, as the two teenagers made up Ferguson's lethal attack for years to come, and it was one of the deadliest partnerships in Premier League history.

Rooney is United and England's record goal scorer, but hung up his boots earlier this year despite being a year younger than the Portuguese star, highlighting Ronaldo's incredible longevity.

Louis Saha may come as a bit of a surprise, with Ruud Van Nistelrooy narrowly missing out, but all of the Frenchman's time at United was spent alongside Ronaldo.

Saha joined in 2004, and left a year before Ronaldo in 2008, as the forward joined Everton, but the pair won two league title's and the Champions League during their four seasons together.